When it comes to drunk driving, the laws are fairly uniform from state-to-state. There may be some variation in penalties, including the amount of the fine or the length of possible jail time. Some states require ignition interlocks after a first-time offense, while others leave it up to the discretion of the judge. 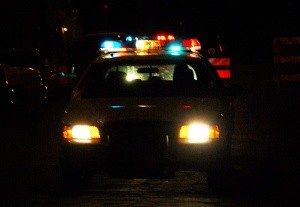 But when it comes to driving while under the influence of marijuana, states are a bit all over the place. For example, there are six states in all that impose limits on how much THC (the primary psychoactive ingredient in cannabis) a driver may have in his or her system before he or she is deemed impaired. Twelve states have zero tolerance policies, which means any amount of THC in a driver’s blood is going to be used as proof the driver was impaired. The majority of states don’t have any concrete laws concerning marijuana and motorists, say the Governors Highway Safety Association (GHSA).

The primary issue is the point at which a driver is considered “impaired.” A recent analysis conducted by Nerdwallet revealed that while the standards ascertaining intoxication vary wildly, the one thing any driver arrested for driving under the influence of marijuana can expect: Higher auto insurance rates.

Drivers convicted of operating a vehicle under the influence of marijuana are going to pay court costs and fines, drug treatment program costs, probably a driver’s license reinstatement fee and other penalties. A single first-time offense can easily result in several thousand dollars lost – an expense most people can scarcely afford. All that seems especially unfair when we know that the process for determining impairment is so unreliable. Unlike alcohol, which is processed quickly through the bloodstream, THC lingers in the body for days or even weeks. That means someone who used the drug a week ago could still have it in his or her system, even though they are in no way impaired and even when they are consuming the drug for medicinal purposes.

Some drivers think that they may be better off simply pleading guilty to spare themselves the legal expenses. But when you look at it like this, that conviction ends up being more costly than it might have seemed at first blush. Plus, many drivers facing DUI charges overlook the fact that there are a host of valid and often successful defenses that can be employed, particularly in a case that alleges marijuana intoxication. Again, it all goes back to the arbitrary nature of those aforementioned THC limits. California doesn’t have any such limits, but prosecutors will still often argue that any marijuana in one’s system is proof of impairment. It’s not.

If you are arrested for marijuana DUI in L.A., we can help.