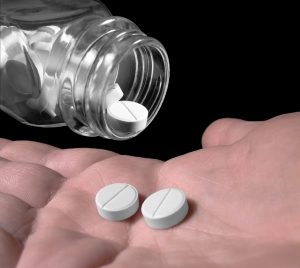 Researchers were careful to say these findings are preliminary, and examine the just two years of data in a single state. However, those results are promising, and echo the voices of support have been saying from the beginning: Marijuana – which has far fewer risks compared to opiates – can be used as a substitute for those who might otherwise turn to more powerful (and dangerous) prescription drugs.

The findings aren’t a total surprise. A number of previous studies revealed a causal connection between the legalization of medical marijuana and a reduction in fatal opioid overdoses. This study, however, is the first to examine the impact of recreational use marijuana laws and their effect on drug overdoses.

Opiates are often prescribed for chronic pain, but we know marijuana is also a highly effective means of treating that same kind of pain – and with far less risk. In fact, the chances of dying of a marijuana overdose are about zero. Meanwhile, the National Institute on Drug Abuse reports that from 2002 to 2015, the number of opioid deaths nearly tripled. The number attributed to prescription opioid pain relievers during that same time nearly doubled.

Researchers here examined monthly trends in opiate overdose deaths in Colorado both before and after recreational marijuana hit the market. In order to control for the effect medical use may have had on the numbers, study authors compared Colorado to Nevada, a nearby state that during that period allowed medicinal use but not recreational use. Even when controlling for this, researchers still noted a 6.5 percent decline in prescription opioid deaths.

It’s also important to take into account the potential for other risks marijuana could pose, primarily being on the roads. Drugged driving is a serious issue and there is evidence to suggest it’s on the rise. However, the actual extent is unknown because all that’s really been gleaned is that more drivers involved in fatal crashes have marijuana in their system. That doesn’t necessarily mean they were impaired at the time of the collision or that marijuana intoxication played any causal role in the crash.

Meanwhile, we can see the concrete evidence that marijuana is saving lives when people turn to pot over pills.