The Golden State boasts the biggest budding legal marijuana market in the world – and yet, consumers in California are three times as likely to to buy cannabis from dispensaries and delivery services that aren’t licensed under state law. That’s according to a recent audit, made public recently, of the thriving underground marijuana trade. 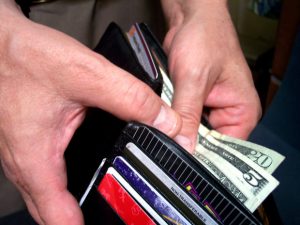 Conducted by the United Cannabis Business Association, the audit criticizes both law enforcement and elected officials for their failure to shutter unlawful pot shops. Many consumers are drawn to the unregulated market by online community forums like Weedmaps that for a long time listed unregulated stores. (Weedmaps announced this month it would no longer list illegal marijuana businesses, according to LA Weekly.)

Part of the UCBA’s audit included an analysis of Weedmap’s platform, which showed nearly 3,800 active dispensary and delivery services in the state – with roughly 920 of those having any license listed. This is the data on which researchers’ based their 3-1 figure.

Will Weedmaps’ Agreement Not to Publish Unlicensed Pot Shops Make a Difference?

Los Angeles marijuana business attorneys know it’s unclear whether another service will take Weedmaps’ place, now that it’s no longer listing unlicensed retailers, but it’s likely to have at least some impact on how well these shops do.

It’s true all this comes with the risk of being shut down, but it does come with the advantage of far lower operating costs – no small edge considering it lowers expenses by 45 percent.

With Weedmaps, the Southern California firm, these retailers also had access to the public.

Although the state’s Bureau of Cannabis Control reports there are just around 870 licensed marijuana retailers, researchers at UCBA opines there are even more illegal operators than their data shows because not all of them have been advertising on Weedmaps.

Researchers sent a letter to the governor as well as the BCC, requesting they take regulatory measures to shut down the online advertisement of illegal state retailers – and retroactively penalize illegal pot shops the statutory penalties of up to $30,000 daily going back to July 1st.
Weedmaps’ CEO has said that while only publishing licensed operators may have an impact on some of the illegal market, the best way for the state to curb unlawful shops is to open the market and allow more legal licenses and reduce the tight, costly regulations.
Another problem contributing to the problem is that nearly 7 in 10 counties and 8 in 10 cities in California have banned marijuana dispensaries within their borders – as is their right to do under Prop. 64. This, too, has fed the illegal market.
While the legal market in California is projected to reach $3 billion this year, black market sales are estimated to reach nearly $9 billion.

Some $30 million in pot products slated for unlicensed sales has been seized by the state over the last two years.