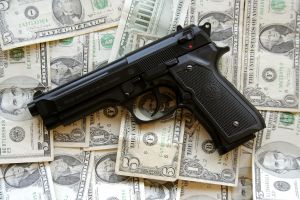 According to the Huffington Post, a study published on PLOS ONE at the end of March demonstrated that there is no basis to the argument that legalization of medical marijuana would increase crime. In fact, the lead author of the study stated “We believe that medical marijuana legalization poses no threat of increased violent crime.”

The study was conducted by an associate professor of criminology at UT Dallas, along with his colleagues. They took a close look at the crime rate between 1990 and 2006. During this period of time, 11 states including California legalized marijuana for medicinal use.

The researchers looked at the impact of legalization on crimes classified by the FBI as “Part I crimes,” which include rape, homicide, robbery, aggravated assault, auto theft, larceny and burglary.

They controlled for known factors that caused changes in crime rates during this time, including employment, education, poverty and even the per-capita sales of alcohol. Once this calculation was done, the researchers determined that there was no evidence of any increases in Part I crimes when states legalized medical marijuana. In fact, the data provided partial support for the conclusion that the rates of homicide and assault actually declined after legislation permitting medical marijuana.

The study was not looking specifically at the relationship between the use of marijuana and violent crime. Instead, the focus was on understanding how legalization impacted crime rates. Other past studies, however, have looked at whether marijuana use leads to crime and have found no link between using cannabis products and acts of violence. Any evidence that does exist of a link between marijuana and crime has largely been attributed to the fact that the drug is illegal, rather than to the use of substance itself.

When comparing studies on marijuana and crime versus studies on alcohol and crime, the difference is staggering. A report from the National Institute on Alcohol Abuse and Alcoholism, for example, found that as many as 25 to 30 percent of violent crimes are linked to the use of alcohol.

With these new studies confirming that legalization doesn’t increase crime, it seems very clear that the legalization of marijuana has not had the undesirable impact that some have feared and instead has made a positive difference in people’s lives by allowing them to get effective treatment for serious medical problems.