It seems the more researchers are allowed to study marijuana, the more benefits they find. 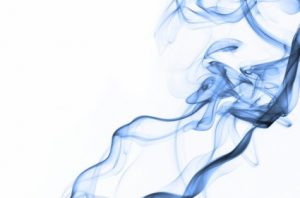 Most recently, a study by a team of researchers published in The Journal of Pain revealed that vaporized cannabis was an effective treatment for neuropathic pain caused by injury to or disease of the spinal cord. Most of the candidates in the trial were suffering intense, chronic pain as a result of their condition, even despite other more traditional forms of treatment.

For them, it turned out, medical cannabis was a game-changer.

This was a relatively small-scale study, so more research is necessary. However, the results are strong and suggests this could be a promising means of treatment.

In total, there were 42 participants who suffered from spinal disease or spinal injury. They were treated with either four puffs of vaporized medical marijuana or a placebo. They were the given a second dose three hours later. During the second dose, they were allowed to decide whether to give themselves between four and eight puffs (this was to help curb the placebo effect). Those who received vapor with THC (the active ingredient in marijuana) were given doses that contained either 6.7 percent THC or 2.9 percent THC.

A previous study published in the British Journal of Clinical Pharmacology concluded that marijuana and its derivatives are a safe and effective treatment for neuropathy and chronic pain.

This is significant because Americans are wrestling with a painkiller epidemic. Chronic pain is a huge public health problem, and it reportedly affects some 100 million Americans annually at a cost of $600 billion, according to the Institute of Medicine. The majority of these sufferers are treated with opioids. But there is evidence to suggest that marijuana is a safe – and effective – alternative to those highly-addictive painkillers (which are also believed to be behind the scourge of the heroin epidemic).

Many doctors have unfortunately found it far more easy to simply prescribe a pain pill than to sift through the complex underlying issues that often exist when there is chronic pain. Marijuana, when it is available, appears to be a safer solution – and it could be an easier one if it was widely enough available. As it now stands, 24 states plus the District of Columbia have approved the drug for medicinal use. More are expected in November.

Studies have shown the benefits of opioids and marijuana are similar, but we know concretely the risks are not. There is unfortunately a distorted perception of the risks of medical marijuana.

Meanwhile, those who seek help for chronic pain from a pain clinic are often discharged from treatment if they test positive for cannabis.

Part of the reason we haven’t seen more movement on this issue is that pharmaceutical companies are pushing hard to reinforce these misconceptions, fearing it will undercut their bottom line. But of course, that’s not what is best for patients.