Safety officials say drivers will be high on more than the turkey Tryptophan this Thanksgiving. 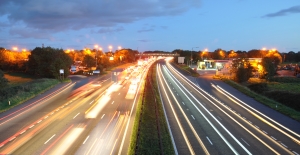 Our Los Angeles marijuana lawyers understand that a recent study by the California Office of Traffic Safety found that roughly 14 percent of nighttime, weekend drivers surveyed were found to have tested positive for driving under the influence of drugs. About half of those, 7.4 percent, specifically tested positive for marijuana. That’s compared to the 7.1 percent who tested positive for alcohol.

What law enforcement are saying this clearly means is that drugged driving is a statewide problem in California, and that especially as the Thanksgiving Day travel is upon us, police need to be hyper-vigilant in rooting them out.

Certainly, we’re not saying impaired driving isn’t a problem or that we don’t want people to have a safe holiday. Of course, we do.

But what’s important to keep in mind – and what these researchers clearly did not – is that marijuana intoxication can not be measured in the same way that alcohol intoxication is. That is why the results of this study may actually be skewed.

Let’s look first at how researchers conducted it:

Researchers, working with federal funds, set up roadside locations in nine different cities throughout the state. They were there between the hours of 10 p.m. and 3 a.m. on Friday and Saturday nights. during the course of their study, they stopped and received voluntary surveys from 1,300 drivers, who agreed to be anonymously chemically tested.

Researchers tested these individuals for alcohol, THC (the active ingredient in marijuana), heroin, cocaine, PCP, prescription medications and over-the-counter drugs that could impact their ability to drive safely.

But here is where the study trips up: Alcohol remains in a person’s system for a relatively short period of time. So if a person tests positive for a high concentration of alcohol (the legal threshold for drivers is 0.08 percent), you can be relatively certain that the individual has in fact recently consumed alcohol and is likely impaired.

Marijuana doesn’t work that way. First of all, marijuana is a medicine, and it is not illegal for those individuals to use it. There are roughly 1.1 million registered medical marijuana users, according to NORML. Secondly, THC, the active drug in marijuana, will remain in a person’s system for a longer period of time – like weeks. And for people who use the drug as a medicine, those levels may be heightened. But it doesn’t mean that just because they test positive for the substance that they are impaired. This is exactly why legislation trying to mark the threshold of legal marijuana intoxication at 0.5 nanograms failed. It wasn’t accurate.

So while the state’s Office of Traffic Safety is urging law enforcement agencies to focus heavily on investment in detection of drug-impaired drivers, it’s important that police agencies are aware of this difference.