California employers long have long availed themselves of their right – as affirmed by the state’s high court – to carry out zero tolerance policies against workers who use drugs – even if that drug use takes place off-the-job. That means many companies require new applicants to pass a drug screen before they start and employees (so long as it’s totally random or the company has some reason to suspect drugs are being used on-the-job). This was true even here in California, where medical marijuana has been legal since 1996 and even with the passage of Prop. 64 that legalized recreational use. 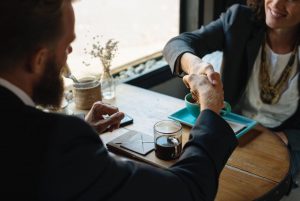 We could see this changing, especially because part because the California Supreme Court’s ruling in Ross v.  Ragingwire Telecommunications (one of the most recent to address this issue) was predicated at least partially on the fact that the U.S. Supreme Court had affirmed challenges to the federal law in part because deemed marijuana dangerous Schedule I drug. Recently, the U.S. Attorney General said he’d favor a new bill protecting cannabis businesses and users from federal prosecution as long as they were in compliance with federal law. This measure has broad bipartisan support, as does another that would shield banks doing business with these companies from federal money laundering charges.

It’s not clear either measure would necessitate de-scheduling the drug, but doing so likely impact legal precedent in numerous areas of law – including employment and its zero tolerance. for drugs.