A lawsuit by the California Growers’ Association over the stacking of licenses by small-scale cannabis farmers to allegedly create large-scale grow sites, thereby subverting the intent of Prop 64, will be dismissed. Although neither the association, nor the California Department of Food and Agriculture (case defendant) have commented publicly on the motive for moving for dismissal, a couple of the growers who were the subject of litigation, having some 200 licenses each, say California is big enough to support small and large operations alike. Smaller growers, they say, can carve a cult-like following by capitalizing on the artisanal. Commercial production for things like medical-grade CBD and related products, however, can’t be produced practically for a profit by small-scale operations, they said. 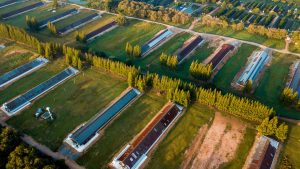 As our Los Angeles marijuana attorneys can explain, the state’s Department of Food and Agriculture published its final rules for awarding marijuana grow licenses per Proposition 64, with licenses granted according to the size of the farm.

Licenses for “medium-sized” cannabis farms would allow one person or entity a maximum 1 acre outside or 22,000 square feet indoors. “Large” marijuana grow farms (larger than 1 outdoor acre or 22,000 feet of indoor space) aren’t being awarded until 2023, the idea being smaller, mom-and-pop grow operations will get a head start before the large agricultural companies can come storming in. There was, however, no designated license for “small” farms, at least initially. END_OF_DOCUMENT_TOKEN_TO_BE_REPLACED