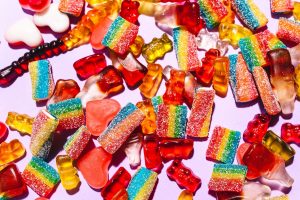 One of the major concerns, companies say, is that kids might mistake certain cannabis edibles for well-known and loved snacks like Oreos, Sour Patch Kids or Doritos. Numerous law enforcement agencies and even some state attorneys general had issued warnings prior to Halloween warning of similarities of cannabis products that could closely mirror treats.

Concerns about mistakes might be fair where cannabis companies post deceptive packaging on products that contain high levels of THC, the psychoactive ingredient in marijuana. According to the American Association of Poison Control Centers, there were 2,050 kids under the age of 12 who allegedly ingested cannabis edibles at home, compared to about 130 in 2016.

There were no reported issues with trick-or-treat (it’s highly unlikely anyone is going to intentionally pass out edible marijuana products to kids, as it’s not only dangerous, but such products can be quite expensive), but there is a legitimate concern for accidental ingestion of products that look like snacks. Symptoms of overdose can range from mild to severe, in the most extreme cases resulting in seizures or even a coma. Although there have been no reported deaths, the risks for kids are always heightened compared to adults. END_OF_DOCUMENT_TOKEN_TO_BE_REPLACED