When broken down by recreational and medical marijuana, both the city of Denver and Colorado as a whole actually saw a decrease in medical cannabis sales, but the increase in recreational sales made up for the losses and then some. In Denver, medical sales dropped from $212 million to $206.4 million, while recreational retail sales spiked from $291.5 million to $377.5 million. Statewide, medical sales were $445 million in 2016 and $416.5 million in 2017, while recreational sales jumped from $861.6 million to $1.09 billion. When examined by location, while sales in Denver continue to climb, other regions in the state are starting to take a bigger percentage of the overall pie, which good news for those who live outside the big city. END_OF_DOCUMENT_TOKEN_TO_BE_REPLACED 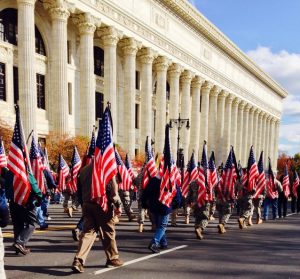 veterans are using medical marijuana. This is in spite of the fact that the department does not allow its doctors to recommend marijuana. The department cites Controlled Substances Act, 21 U.S.C. Section 812 as the reason for this policy, stating they are bound by the federal ban on cannabis being part of a federal agency. The department even shies away from studying the benefits of cannabis, instead focusing their research almost entirely on its problems, according to an article from New York Times.

For veterans who rely on medical treatment through the VA, this can mean they never receive access to medical marijuana. Many veterans have reported cannabis to be an effective treatment for chronic pain and post-traumatic stress disorder – two common issues among those who have fought in wars. It could also mean that veterans will still seek a way to obtain medical marijuana, either by visiting a physician certified to recommend cannabis other than their VA doctor, by purchasing recreational marijuana if they live in a state where it’s legal, or by illicit means. None of these methods are ideal, and this certainly is not the way we should be treating those who have served our country. There are, however, a few things that would be helpful for veterans to know about medical marijuana and the VA. END_OF_DOCUMENT_TOKEN_TO_BE_REPLACED 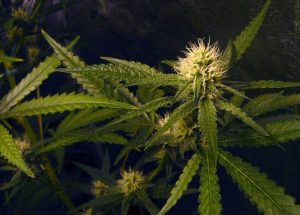 Controlled Substances Act, 21 U.S.C. Section 812, deems that marijuana has no medical benefits, is addictive, and would be harmful to use even under a doctor’s supervision. Thirty states and Washington, D.C., disagree with this assessment and have passed medical marijuana laws as such. Those states laws, however, can only go so far to usurp the authority of the federal government. END_OF_DOCUMENT_TOKEN_TO_BE_REPLACED 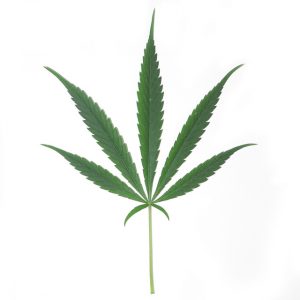 State Question 788 passed with 57 percent approval despite almost half a million dollars spent on a campaign to shut down the proposal. Gov. Mary Fallin and Sen. James Lanford (R) joined several health and law enforcement organizations to voice opposition to the ballot initiative, according to a report from Forbes. Some voters claim the issue did not even appear on their ballot, causing speculation as to how far some would go to stop the measure. Even the fact that the issue was placed on a primary ballot rather than during a general election seemed to be tactically designed to set it up for failure since voters who show up at primaries tend to lean more conservative. The passage of the measure in spite of such obstacles, however, proves what cannabis advocates like our medical marijuana attorneys have been saying all along: marijuana is not a partisan issue. END_OF_DOCUMENT_TOKEN_TO_BE_REPLACED

Findings showed daily use increased among all age groups between 18 to 64, with an insignificant lead in the data among 18 to 34-year-olds. Non-daily use increased across all adult categories as well, but especially among 26- to 34-year-olds. The most likely cause is the wave of states that have legalized marijuana in some form. California is one of nine states (with a guest appearance by Washington, D.C.) that has total legalization for adult use. The number jumps to 29 when counting states with medical marijuana laws. The specifics vary by state, but the fact of the matter is Americans are discovering the health and recreational benefits of marijuana and incorporating it into their daily lives. END_OF_DOCUMENT_TOKEN_TO_BE_REPLACED