When President Trump signed a recent spending bill, he not only prevented the looming third federal government shutdown of the year, but also let 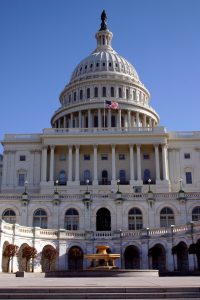 the Rohrabacher-Blumenauer amendment slide through, thus continuing protections of state-compliant medical marijuana operations. While seemingly small, this was a pretty significant victory for those who depend on medical marijuana, whether as a patient or cannabis business owner. Marijuana users have been somewhat nervous since the change in administration, particularly with U.S. Attorney General Jeff Sessions openly making it his mission to eradicate all advancements in the marijuana industry.

First introduced as Rohrabacher-Farr in 2001, the amendment as we know it was not signed into law until December 2014. As our medical marijuana attorneys can explain, while it does not legalize medical marijuana federally, it essentially restricts officials from spending government funds to disrupt any medical marijuana-related actions or businesses that are in compliance with relevant state and local laws. The catch is, the amendment must be renewed every year to remain in effect. It is essentially a bandage Congress created to stop the war being waged between states and the federal government. More states now have legalized medical marijuana than not. Meanwhile the federal government is clinging to an outdated Schedule 1 classification of marijuana under Controlled Substances Act, 21 U.S.C. Section 812.

END_OF_DOCUMENT_TOKEN_TO_BE_REPLACED

California has long been a pioneer of medical marijuana advocacy. It was, in fact, the first state to legalize the medical use of marijuana in 1996 with the passage of Proposition 215. This Act did suffer from technical defects. According to the Los Angeles Times, Senator Diane Feinstein famously said, “you’ll be able to drive a truckload of marijuana through the holes in it. Nonetheless, it demonstrated that Californians take seriously a person’s right to access the medical benefits of marijuana. That sentiment has been a part of California culture ever since, and it was instrumental in securing the passage of Proposition 64. The Adult Use of Marijuana Act legalized the use of recreational marijuana in California as of November 9, 2016. 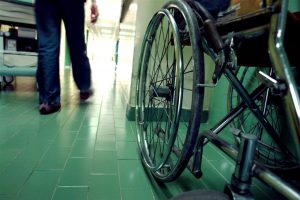 While the recreational use of marijuana remains controversial, medical marijuana is finding advocates from many unexpected sources. According to Military.com, the American Legion is now making movements to support the medical use of marijuana. The Legion  – an association of military veterans which has generally held conservative policies throughout its long history – has recognized the desperate needs of its new members returning  from the campaigns in Iraq and Afghanistan. It has also recognized the tragedy of veterans who are prescribed vast amounts of medication instead of accessing the simple benefits of organic marijuana. Many of these veterans  develop addictions to opioid painkillers, and this epidemic has been exacerbated by the mental health problems faced by returning veterans. The shifting policy of such a conservative organization demonstrates the scale of the epidemic facing both the mental and physical health of our country’s veterans. END_OF_DOCUMENT_TOKEN_TO_BE_REPLACED 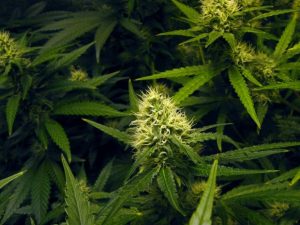 Researchers with Johns Hopkins School of Public Health (Baltimore) and Temple University (Maryland) found that the health improvements experienced by both older men and women revealed increased participation in the labor market. In states with pro-marijuana laws there was a 9.4 percent increase in the probability of employment for Americans over the age of 50. There was also an increase in hours worked – 4.6 to 4.9 percent – in the number of weekly hours worked.  END_OF_DOCUMENT_TOKEN_TO_BE_REPLACED