San Diego has been notoriously tough on marijuana law enforcement. City and county authorities have been shutting down illegal grow houses and business operations for many years. In March 2017, the police and city attorney’s office began a targeted crackdown on illegally-operated dispensaries. KPBS reports that sixty marijuana dispensaries were shut down in the first six months of the program. And yet, as raids expand, and authorities collect hundreds of thousands of dollars in cash and pounds of marijuana, some question whether the enforcement tactics have gone too far. 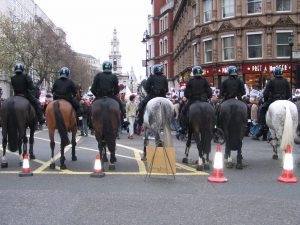 There is perhaps no stronger argument for the overreaching of authority by the San Diego District Attorney’s Office than its treatment of a defense attorney. The attorney represents a marijuana distributor, Med-West, which has been under investigation by the DA’s office, in spite of the evidence its corporate officers have consistently provided to establish that it operates lawfully. In the course of her representation, the attorney sent an email to the client containing the words “plausible deniability”. This email was the basis of a criminal indictment of the attorney for being an accessory to a crime after the fact. Not only was the attorney indicted in blatant disregard of her client’s attorney-client privilege, but she was also treated with a surprising amount of aggression in the execution of the resulting warrant. She was arrested by an armed SWAT team at the home she shares with her boyfriend and mother. There, handcuffed and still in pajamas, her arrest warrant was read aloud “just loud enough for the neighbors to hear”. END_OF_DOCUMENT_TOKEN_TO_BE_REPLACED