Medical marijuana has been big business in California for over two decades.  However, California was not this first state to legalize marijuana for recreational sales, and regulators here still face a learning curve as we prepare to open the doors on legal, non-medicinal sales. One concern is the tax rate. Specifically, the concern is the method of taxation for legal marijuana may be so high that the black market may offer a better deal, according to a recent news article from the Motley Fool. 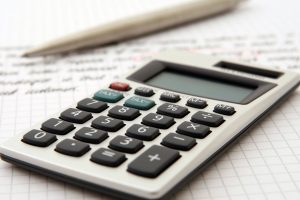 Under the new regulatory scheme, growers will have to pay a tax of $9.25 per ounce of buds (flowers) and $2.75 per ounce of leaves.  While leaves are not sought after for smoking, they do contain smaller amounts of THC and can be used for Butane Honey Oil (BHO) extraction to make concentrates, for example, so they do have some value to the industry as concentrates are becoming more popular. They can also be used to make things like Cannabis head creams to help patents with arthritis. As our Orange County cannabis business attorneys can explain, once the growers have been taxed, there is another excise tax in the amount of 15 percent added to the cannabis product and then a normal sales tax, which in California is 7.5 percent. There are also many localities in California that have their own tax, so this all aggregates to a total tax rate on cannabis to around 50 percent in many places.

Some local and state taxes could surpass 45 percent in some parts of California, according to Fitch Ratings, as reported by The Los Angeles Times.

If we look a gram of concentrates, there is a good chance it will cost more than it does on the street. While this is a problem for many, however, it is estimated that there will be so many more people purchasing cannabis in retail outlets than purchased it on the street so we are still going to have tremendous growth in what is expected be a multi-billion dollar industry.  When we consider that medical marijuana sales in marijuana far surpass legal recreational marijuana sales in states such as Colorado, it is expected this will certainly occur.

As discussed in the article, when Canada legalized marijuana, they used a much lower tax rate. The reason was because Prime Minister Justin Trudeau wanted to put the marijuana black market out of business and, the theory goes, you cannot do that unless you can compete on price.

There is a also a difference in the reason many wanted to legalize marijuana in Canada than California. Canada legalized marijuana from the position that it can help people who need it as medicine, and that there is no point in spending money fighting illegal marijuana sales and use. In California, there were many were simply in favor in legalization, but the potential for billions of dollars in tax money was one of the ways proponents of Proposition 64 were able to get those normally opposed to marijuana legalization to get on board as the state is in desperate need of revenue.

California Could Tax the Daylights out of Marijuana Consumers, November 12, 2017, By Sean Williams, The Motley Fool