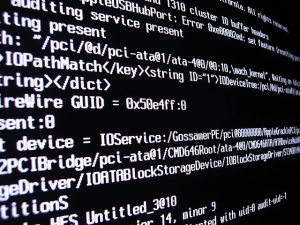 This is a huge victory for communities hit hardest by the politically motivated and often misguided “War on Drugs.” Minority communities and neighborhoods have historically been targeted the hardest when it came to convicting for marijuana use, while similar crimes in predominantly white communities were largely ignored. This has left a trail of destruction for predominantly black areas, with families broken apart by loved ones serving jail time and futures being damaged. It is more difficult for those with convictions on their records to find good work and obtain housing, meaning that even once people have fulfilled their punishment, they can be haunted by their records years later.Now that both medical and recreational cannabis are legal in California, it is wildly unfair that anyone should have their reputation continue to be maligned for activity that people can now engage in legally and openly in the eyes of the state. Legislators agreed, which is why Proposition 64 built into it initiatives to allow those with certain types of misdemeanor cannabis convictions to petition to have their records cleared. Others with higher levels of marijuana-related crimes can request to have the charges reduced.

The petition system was an excellent first step, but there is the potential for people to still fall through the cracks. There are people who might not be fully aware of their rights, who might not understand the process by which they can clear their names, or who simply don’t have the time or resources to research the proper steps they need to take. That’s why prosecutors in several areas, including the counties of San Francisco, San Diego, Santa Clara, and Alameda, are automatically reviewing more than 10,000 cannabis-related cases and carrying out dismissals or sentence reductions where applicable. Many cities cited a lack of resources for such a process as why they have continued to rely on those with convictions to advocate for themselves. The new algorithm being used by San Francisco really changes the game, though, making it possible to more easily scan through thousands of records without extensive manpower. City prosecutors have tested the tool and plan to start using it, as well as sharing it with other district attorneys throughout California.

Our Los Angeles marijuana arrest lawyers know this is a monumental step for those who have suffered from marijuana convictions and have been the victim of old school philosophies. Our law firm is here to help anyone who needs further assistance understanding how new laws affect their past cannabis criminal records, and we are here to help you should you find yourself with current marijuana-related charges against you. Our team has the experience and deep understanding of the ever-evolving laws that can help you and your case.

Some Prosecutors Are Erasing Old Weed Convictions. Why Isn’t Yours?, May 2, 2018, By Matt Ferner, Huffington Post