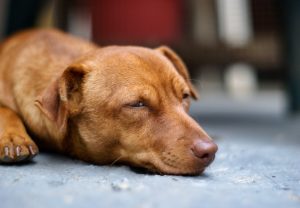 California dogs are increasingly getting high. While this may sound harmless or even amusing at first, it’s imperative that pet owners become aware of the dangers associated with marijuana exposure to animals, so that beloved fur family members can be kept out of harm’s way.

As territory across the country allowing the legal use of marijuana has quickly grown – currently, medical marijuana is legal in 33 states, recreational marijuana in 11, and the District of Columbia permits both varieties – it should come as little surprise that more and more pets are inadvertently becoming exposed to cannabis too.

Interestingly, a correlation exists between states legally allowing the use of marijuana, and the rate at which pets in those states are ingesting the drug. This year the ASPCA Animal Poison Control Center reported a significant rise in the number of inquiries it received regarding animal ingestion of cannabis. So much so that in the earlier part of 2019, the APCC saw a 765 percent increase in calls on how to treat cannabis ingestion in pets, when compared to the same period in 2018.

In California, vets are also noting a change in the potency of the drugs dogs have been consuming. They tell us that since the introduction of medical grade marijuana across two thirds of the country, canines are increasingly arriving at veterinary clinics requiring treatment for heavier cannabis toxicities.

So How Are Pets Getting High?

We know that dogs love to eat just about anything. And this includes ingesting marijuana in the way of the remainder of a discarded joint, or by gobbling up an unsuspecting owner’s ganga stash. Both within private homes, and out in public parks or on the streets. Knowing too that dogs are attracted to all things particularly pungent, vets even note canines coming in high after probably ingesting human feces tainted with marijuana.

While cats are less likely to eat dried marijuana, some do like to chew on plants. And this can become problematic for cat owners who either themselves, or have neighbors nearby, growing their own cannabis where a kitty might like to roam.

What Telltale Signs Indicate A Pet is Stoned?

Vets tell us the following symptoms can indicate marijuana toxicity in animals:

What Makes Marijuana Dangerous to Animals?

Even though marijuana is a natural drug, it is no friend to pets, and should be kept away from them. There is nothing about cannabis itself that can specifically kill or cause organ failure, but the drug can sedate an animal so fully that they may inhale their own vomit, which can be deadly. An additional point of concern lies in the type of ingredients often found in edible marijuana-infused food products – those being butter and dark chocolate. Both of which are toxic to dogs. To be on the safe side, vets advise pet owners who see any kind of unusual signs or symptoms listed above in their pets, to take a trip straight to the vet for an assessment.

How Do Vets Treat Animals Who Are Stoned?

Once a vet determines that marijuana toxicity is the cause of a dog’s state, to help remove marijuana from the dog’s system, a vet will either:

In terms of recovery time, it usually takes up to 24 hours for a pet to return to its normal state. Obviously this timeframe may vary, depending largely on the size of the pet, as well as the amount and strength of the cannabis consumed.

Our Southern California marijuana defense lawyers can help answer any questions you may have.