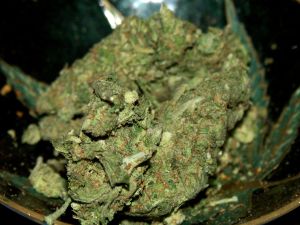 Our marijuana lawyers in Los Angeles have seen marijuana advocates fighting for legalization for many years and know that its still and uphill battle.

A recent article from a professor of public policy at UCLA argues that Colorado and Washington may be pursing the most obvious legalization method (and many states are sure to follow) but that this method is creating a monster.

The federal government’s hands off approach is creating even more problems. Particularly when the administration is sending mixed signals and other federal agencies, such as the DEA actively oppose the administrations slightly more lenient policy toward marijuana legalization.

The professor, who is a recognized drug policy expert, argues that now is the correct time for Congress to begin regulating and legalizing the marijuana industry. The problem is that the marijuana industry currently doesn’t have deep enough pockets to actively lobby for federal regulation – but as momentum grows it soon will.

What is bound to happen, according to the professor, is a large number of varying state regulations with very little consistency across the board. When the Congress finally steps in to try and assert some control it will be too late for them to get involved.

Congress is largely taking a “wait and see” approach. However, issue is that Congress will end up being the last to the party and as such no one will want to hear the input.

If this country is going to have a consistent series of regulations and Congress wants to have any say at all, it needs to act now.

One last point made by the drug policy expert is to tax marijuana by weight and not by price. Marijuana advocates do not support this view because it would likely keep the price of marijuana higher than taxes by price. Higher prices mean those who need the drug for medical reasons may have to spend a fortune and those who have legal access for recreational use will face an unnecessary monetary hurdle.

Drug policy experts argue that if Congress set general parameters now they could allow the states to set their own policy within those limits. Although most know Congress isn’t capable of making the most intelligent decision there is always hope.

How Not to Make a Hash Out of Cannabis Legalization, March 2014, By Mark Kleiman