Could hemp wood become the next market revolution in sustainable products? Some assert it could be manufactured as an alternative – perhaps even a superior one – to polymers, fabrics, paper, soy, corn, wood – maybe even motor vehicle components. 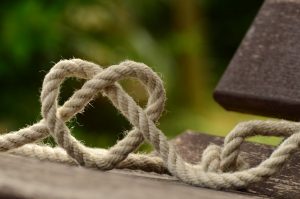 Los Angeles hemp business attorneys know it may be something of a misnomer to refer to these uses as revolutionary, as the fibers derived from industrial hemp (one of two forms of the cannabis sativa plant) have been used for many thousands of years by civilizations for production of paper, cloth materials and even fuel. Unlike it’s cousin marijuana, neither hemp nor its derivative CBD contains the psychoactive ingredient tetrahydrocannabinol (THC) known for producing the “high.” That is the primary reason it was removed from the list of narcotics banned per the U.S. Controlled Substances Act, while marijuana remains.

Production of hemp materials has been a mainstay in parts of Europe and China, though in U.S. and many other parts of the world, its use slowed or halted entirely thanks to widespread marijuana prohibition. The current shift is not only due to the “green rush” set off by the 2018 U.S. Farm Bill that legalized industrial hemp, but also by the extreme ecological damage inflicted by polymers and fossil fuels.

Hemp cultivators and manufacturers will need to be cautious as they enter this new domain not only to ensure quality but also compliance with relevant state and federal regulations, including in marketing.

What Makes Hemp Superior to Plastic, Cotton and Wood?

In addition to the fact that hemp measures up in almost every way to the alternatives that replaced during prohibition, many assert it is superior on many fronts. Among those:

As such, hemp is gaining growing popularity in environmental advocacy circles and individuals who recognize its success in replacing non-eco-friendly materials.

Although some cannabis businesses in California still see hemp products as novelty, savvy entrepreneurs recognize that consumers are becoming especially conscious of their personal carbon footprint and the global impact of the everyday products they buy and waste produced. In all likelihood, we’re in for a hemp market boom.

Despite U.S. Congressional legalization of hemp and express direction from legislators to state governments and courts not to impede the cultivation, production, sale, possession and interstate transport of local hemp, there continue to be a host of legal concerns.

Areas of specific concern include:

Additionally, there are concerns for some companies slated to initiate business in certain sectors where political factors, like the Trump administration’s trade war/tariffs (particularly as it relates to Chinese trade), could have a chilling effect.

Globally, the industrial hemp market is estimated to balloon to a value of $10.6 billion over the next six years.