Although possession, use and distribution of marijuana has been made legal in various forms throughout the country, many employers have policies that do not reflect this. 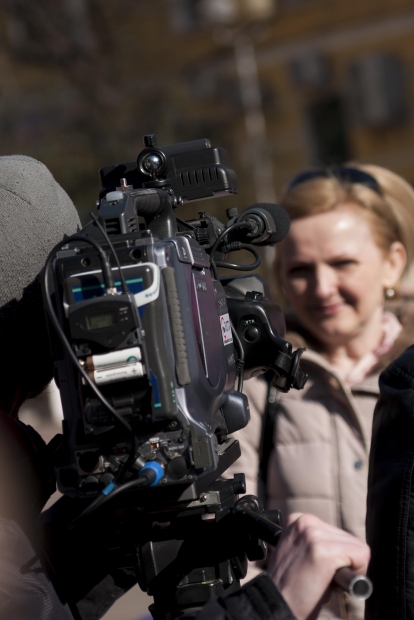 Take for example the television news anchor in Oregon who was fired after testing positive for the drug. A new report indicates the morning weekend anchor at a smaller ABC affiliate was involved in a minor accident while she was on assignment. Per company policy, the anchor was required to undergo a drug test.

She failed it. She was fired.

However, the anchor-turned-activist, 25, says she was totally sober while she at work. She insists she used the drug several days prior to that shift. This is completely plausible, given the way marijuana is processed by the body. Unlike alcohol, which courses through a person’s system very quickly, marijuana lingers. It can be detected for days or sometimes even weeks in the body’s of those who use it regularly.

The anchor has only just begun her career. She’s been in the news business professionally just three years after graduating from the University of Oregon. She asserts that because marijuana is legal in the state – even for recreational purposes – she was doing absolutely nothing wrong. She insists she was not impaired and was never impaired while on-the-job. For this reason, she alleges the termination was wrongful and discriminatory.

The general manager at the station declined to comment.

But there may not be much workers can do about it. When Oregon voters passed Measure 91, which introduced the legalization of marijuana possession and consumption, it expressly had no impact on employment law. That means companies that required drug testing may continue to do so. And those that fire on this basis can continue to do so.

This has been a hot topic at human resource management conferences nationally. One national organization for human resource managers has fielded countless questions in recent months from around the country, asking about employer rights, obligations and restrictions. The last two training sessions that pertained to drug testing were overflowing.

Organization officials say they have been trying hard to keep pace with the demand for information as marijuana laws evolve. Companies don’t want to violate the law and most aren’t seeking a legal way to oust good employees. However, there remain numerous question of liability with which companies are grappling.

For example, if a trucking company is aware one of its drivers smokes marijuana on his off-time, and that driver is later at-fault in an accident and tests positive for marijuana, there is a strong chance anyone of the injured people could successfully sue for negligent hiring and negligent supervision. This is true even if the driver was not impaired at the time of the crash.

In Colorado, a cable company fired a quadriplegic marijuana patient who legally used the drug and tested positive for it, even though he insisted he was never impaired at work. The company, however, said it had the right to fire him because the drug remains illegal under federal law. Although the company concedes the employee wasn’t high at work, executives say it’s a national firm with a zero-tolerance policy, and it can’t make exceptions. A court in that state ruled that the drug isn’t cleared as legal for employees who are off-duty because it’s still barred by federal law.

Similar rulings have been issued by courts in Washington State, Montana and California.