Navigating the rules of advertising isn’t easy for California marijuana businesses, and some have turned to more fleeting mediums like Twitter and Snapchat – presuming there is considerably less risk. Los Angeles marijuana advertising lawyers know that while it’s certainly possible to post your pot shop posters in these mediums, it’s not without potential liability. 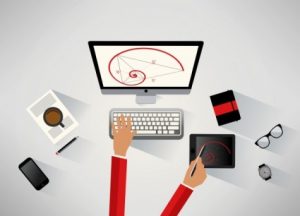 Federal and state regulations on marijuana advertising are murky – and there can be possible repercussions both for cannabis corporations and publishers of that material. Social media giants aren’t likely to open themselves up to federal or state regulatory action if they can avoid it, especially when they can do just fine without the income.

Specific legal strategies should be formulated in close coordination with your cannabis company attorney (and if you don’t already have one, in this industry, you should get one). Generally speaking though, there are a few ways you can capitalize on social media marketing – if you’re careful. This is especially true considering these platforms are evolving to require more “pay-to-play” advertising, rather than putting as much emphasis on organic likes or hits.

Paid boosts may be treated differently than organically viral content, but the truth is cannabis marketing is still a very gray (and green) area of law. Further, many social media platforms outright ban advertising by cannabis companies. In some cases, ancillary marijuana businesses and even CBD marketing is prohibited too. This is likely to continue despite a turning tide of state-level legalization, so long as the drug remains illegal under federal law.

What Types of Cannabis Advertising is Allowed?

Generally speaking (and again, it’s a good idea to talk to your lawyer first), there are some allowances for:

But there are strict caveats – and keep in mind, the rules can evolve quickly without much notice. Billboards offer one of the few forms of marijuana marketing that are more often allowed, but local and state laws will come into lay. Companies will need their licensing already in place, and it’s possible both the municipality and billboard owner will have a say in not only whether it’s allowed but what the sign can say.

The rules for television can be similar, and sometimes require a certain percentage of the population to be over the age of 21. Print ads too work in much the same way. The good news about the latter is that there are a growing number of trade and industry publications, which can provide an important advertising space for your materials. It’s still a good idea to check with an attorney, because here again, local and state laws can come into play.

What Type of Ads are Forbidden?

Google, for example, bars certain marijuana-related keyword terms, but those associated with hemp are mostly allowed. If you’re going to run a Google Ads campaign, you’ll want to check with a cannabis lawyer in Los Angeles to make sure your piece meets all the required terms and conditions.

Social media platforms present some of the most challenging ad spaces because you know they would yield high return on investment. Yet because of federal law, social media policies strictly prohibit certain kinds of advertising related to state-legal cannabis sales.

Facebook especially has gotten vigilant in reviewing advertising content. The platform also distinguishes between restricted content and prohibited content – and cannabis falls into the latter section. Snapchat has a whole provision in its terms of use that bars “glamorizing drug use.” It’s a fine legal line to walk.

That said, you can usually have a social media account associated with your business, post about your company and services and hope to generate some hits organically in social media feeds. Even if you know you’d reach a wider audience with a boost, our marijuana lawyers often urge caution because the last thing you want is your account to be taken down entirely.

If you have an above-board cannabis business with a good product, your best bet is often to stay focused on organically-cultivated audiences.