The contrast between the stock of marijuana in the U.S. and Canada couldn’t be more stark. 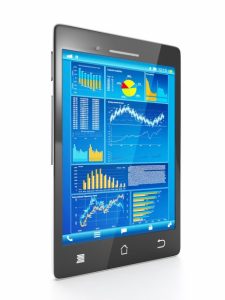 CNN Money reported that a real estate investment trust that plans to buy buildings to lease to medical marijuana growers went public on Wall Street – and the response was less-than-encouraging. On the NYSE, the Innovative Industrial Properties stock shares were priced at $20, inched upward to $20.52, and then finished the day by 4 percent less than where they started. Granted, this is just one of a few companies related to the marijuana trade that is traded on any major exchange. So in some sense, the fact that it’s being traded at all is something of an accomplishment. Another company out Britain, GW Pharmaceuticals, is listed on Nasdaq, and its stock is actually up more than 55 percent this year. However in the U.S., this has proven more the exception than the rule.

Meanwhile, Bloomberg Markets reports that a company called ICC International Cannabis Corp. debuted its first day on the Canadian stock market and closed 356 percent higher than where it started. The CEO of ICC, a company out of Uruguay, has called the Canadian market “perfect” for marijuana companies. The entire country is slated to legalize the use of recreational marijuana next year. If that event occurs on the timeline expected, there will be an estimated 4 million legal recreational users in Canada by 2021. That means there will be a potential for $4.5 billion in annual sales. Plus, it doesn’t hurt that legality at the federal level makes it a much more attractive option to investors.

In the U.S., both medical marijuana and recreational marijuana is illegal at the federal level under the U.S. Controlled Substances Act. It’s scheduled as a Class I narcotic, meaning it is considered to have no redeemable value as medicine and be highly addictive. This of course runs contrary to science and statistics, but our marijuana lawyers know that hasn’t seemed to stop the Drug Enforcement Administration in its refusal to budge on the issue as recently as October.

The fact that the drug is still illegal by federal law – and that President-Elect Donald Trump has put in place cabinet members who are decidedly anti-marijuana – has had a chilling effect on investments. This is almost certainly why stocks of ICC didn’t fare well.

Not that industry is completely stagnant. Most marijuana stocks in the U.S. are traded in a manner that is “over-the-counter,” and then tend to have silly names and ticker symbols (i.e., BUDZ, GrowLife, Pineapple Express, etc.). But this latest push from Innovative Industrial Properties was part of an effort to carve out a more serious niche. It currently has $67 million in assets, and the plan is to buy properties in states with legal marijuana and lease them to companies that cultivate, manufacture and distribute marijuana. At this point, though, it only has one deal to buy a property in New York state, and it doesn’t have any revenue or profits.

Meanwhile, Canadian investors and traders say the expectations for the industry are extremely high. There, the federal government’s Task Force on Marijuana Legalization and Regulation is due to deliver a report on national regulation early next year.