California marijuana businesses had been hoping to see the onerous tax provisions of the 280E tax resolved once and for all with a review and definitive ruling from the U.S. Supreme Court. Unfortunately for marijuana companies, the nation’s high court declined to review the petition filed by a medical marijuana dispensary in Colorado against the Internal Revenue Service(which would have extended to California dispensaries as well). 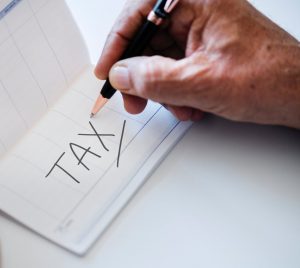 In its petition to the court, the cannabis firm argued that a specific part of federal tax code – Section 280E – doesn’t give the IRS authority to investigate and/or rule a marijuana business in violation of criminal federal statutes.

As our Los Angeles cannabis business lawyers can explain, marijuana is classified as a Schedule I narcotic per the U.S. Controlled Substances Act.

The IRS contends that this provision means it cannot allow any tax credit or deduction for any expense incurred or paid in carrying out business that conflicts with or is in violation of federal criminal law – including trafficking in controlled substances – which is what it contends marijuana dispensaries are doing.

The Cost of Denying Tax Credits & Deductions to Cannabis Businesses

Plaintiffs with the dispensary argued that as a business legally allowed under federal law, it had the right to the same responsibilities – and benefits – as any other – namely a host of business deductions that could collectively save marijuana companies millions a year.

For instance, a cannabis business that pays $600,000 for marijuana annually but then sells $1 million worth of that same product (in violation of federal law, but consistent with state law) must pay federal income taxes on its gross income, which is $400,000. This is true even if the business also incurs $100,000 in costs in the ordinary course of business (payroll, rent, benefits, etc.). Any other business would be allowed to claim $100,000 in credit and deductions, therefore only being taxed on $300,000.

The U.S. District Court in Colorado was the first to hear this challenge, and sided with the IRS on this matter, finding the cannabis business had no grounds to challenges Section 280E of the tax code. This ruling was later affirmed by the federal 10th Circuit Court of Appeals in Denver.

The IRS considers “taxable income” that which is total sales/less the cost of goods, grossed after the business/individual claims their deductions and credits. However, there are clear parameters on those deductions and credits, and the one concerning this case particularly pertains to 21 U.S.C. 801, the U.S. Controlled Substances Act, which bars intentional manufacturer, production, distribution and/or sale of controlled substances – including marijuana. This prohibition applies nationally – even in states that don’t prohibit it – as underscored in the 2005 U.S. Supreme Court case of Gonzales v. Raich.

The U.S. Supreme Court was asked to answer the following questions:

In declining to hear a review on this matter, the U.S. Supreme Court is in effect allowing the 10th Circuit’s affirmation of the IRS view to stand. Just for this particular business, denial of these deductions is going to cost the company more than $53,000 in federal income taxes. The bill has already been paid, with the challenge filed after in hopes of recovering some of the expenses.

Cannabis business attorneys in Los Angeles do note one encouraging aspect of the high court declining to hear the matter rather than affirming: It more than likely leaves the door open for a future challenge.