Just 25 years ago, virtually every company in America enjoyed freedom from virtually any duty to accommodate workers who used cannabis. At the time, California was still a handful of years away from being the first state to legalize medicinal marijuana and the thought of legalized cannabis for recreation seemed a laughable pipe dream. 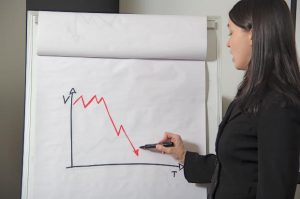 The tides have rapidly turned, with 33 states permitting some degree of access to medicinal marijuana, soon-to-be-11 states allowing recreational sales and use and still others on the fence. The drug does, however, remain a Schedule I narcotic per Title 21 of U.S. Code, the U.S. Controlled Substances Act.

As it pertains to rights and duties of employees and employers, those working in the federal government must be especially careful – particularly if they are in the military and/or require security clearance to do their jobs. Even something as benign as investing in marijuana stock has been used as an excuse to revoke security clearance.

But federal employees aren’t the only ones whose jobs may be on the line if they test positive for marijuana – even if they have a recommendation from a medical doctor.

Where Does California Stand on Rights of Employees Who Use Marijuana?

State law offers little protection for employees who use marijuana.

This was solidified in the 2008 California Supreme Court case of Ross v. RagingWire Telecommunications.

Justices ruled that nothing in the California Compassionate Use Act (which legalized marijuana as medicine in 1996) addressed the respective rights/duties of either employees or employers, affirming the right of employers to mandate drug testing that includes marijuana detection – and to consider it in light of federal law when taking adverse employment action (i.e., declining to hire, firing, demotion, transfer, loss of benefits, etc.).

The right of employers to maintain drug-free workplaces remains intact, even despite voters’ approval to legalize recreational marijuana – even despite. Prop. 64 expressly placed no restriction on this right.

The one possible tact workers with a California medical marijuana card might have in such situations involves state law mandating companies with 25 or more workers avoid discriminating against workers for a disability. Those with a physician recommendation for marijuana have a health issue, and if that’s the reason for the adverse action (not the drug us), an employment lawsuit may be successful.

It’s also worth nothing that companies in this state with more than two dozen workers are required to offer reasonable accommodations to those undergoing alcohol and drug rehabilitation. Companies addressing concerns about employees who are current medicinal users or former recreational users may want to step lightly here.

Last year, a bill in the California Legislature would have compelled employers to accommodate employee use of medicinal marijuana. The measure stalled in committee, and the state’s Fair Employment and Housing Act contains no provision that would force companies to accommodate unlawful drug use. That means if you consume marijuana on your own free time, never come to work impaired, never talk about it, never bring it there – you can still legally be fired for it.

Our cannabis lawyers in Los Angeles aren’t the only ones to see this as a regulation unlikely to last in the long-run.

Plus, given the growing popularity of both medicinal and recreational marijuana use, companies are increasingly finding that hard-line zero tolerance policies on cannabis are causing them to miss out on quality candidates. So while the law allows them (for now) to take adverse action for a pot-positive drug test, many are choosing to avoid these tests altogether.