Those following cannabis industry trends in recent months may be troubled by a spate of layoffs announced at half a dozen sizable marijuana businesses across the country. Some speculated this might be indicative of looming financial woes on the horizon for the entire industry. 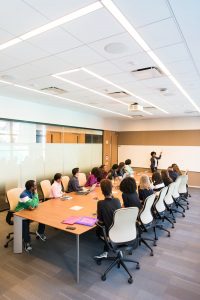 However, our Los Angeles cannabis lawyers prefer to look at these layoffs on a case-by-case basis. There are undoubtedly some lessons to be gleaned about business planning and management, but ultimately the same kind that are relevant to entrepreneurs in any market.

Marijuana agriculture, manufacturing, processing, retail, tech and quality control sectors all comprise a new and evolving industry. Companies that don’t properly plan from the beginning phases may soon find themselves overwhelmed, overstaffed and prime for failure.

The truth of the matter is cannabis isn’t a veritable gold mine. Companies must implement careful strategy, smart investment and measured growth. Even with the increasingly high demand for the plant and derivative products, there are a fair number of marijuana businesses that simply aren’t making the money they need to survive, let alone thrive.

But the fact that there is demand – and it’s unlikely to subside – means there is hope for cannabis business owners committed to smart growth.

The list of companies that have had to cut back on staffing in recent months include:

In total, we’re talking some 600 marijuana workers who are no longer employed. Although this is disappointing and perhaps disconcerting, it just underscores the fact that this is not a turnkey industry. Cannabis company CEOs, investors and supervisors all need to be willing to commit to careful market research to formulate business plans that have the best chance of succeeding – and contingency plans if something doesn’t go as anticipated.

Our Los Angeles cannabis business lawyers can help companies generate smart business plans and avoid some of the legal pitfalls – from commercial real estate contracts to regulation compliance and licensing – that can result in costly surprises.

California is only a couple years into the legal recreational marijuana market, so there is still a lot of new territory with which folks are unfamiliar.

The downward trend first started in 2018, though news outlets hadn’t yet picked up on it as a trend because at the time it only involved a few much smaller and lesser known cannabis businesses. By some estimates, the actual number of marijuana industry workers laid off in the last year is more likely in the thousands rather than the hundreds.

Among the top reasons some companies are struggling:

Companies that are considering laying off workers should discuss the legal ramifications for this with an experienced attorney (and our cannabis lawyers also practice California employment law).

The bottom line is that companies may need to dial back some of their expectations, take a hard look at how their respective markets are performing and consider that responsible growth is smarter than growth at all costs.