California CBD lawyers have become aware of an increasingly concerning trend of arresting people for possession of CBD oil, a low-THC extract of cannabis used in a variety of health applications, often to help treat pain associated with arthritis, cancer and back injuries. As it happens, many who suffer from these ailments are in the in the over-50 crowd, and are seeking CBD treatment. 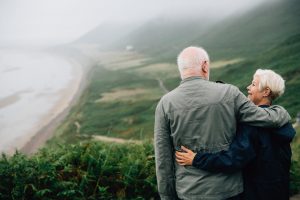 The AARP reported early last year seniors comprise 36 percent of medical marijuana registries, and many preferred CBD (cannabidiol), which does not get a user high, to its psychoactive cousin, marijuana.

The good news is CBD oil has been removed from the U.S. Controlled Substances list with the 2018 Farm Bill (it, along with the hemp from which it’s derived, used to be classified as a Schedule I alongside marijuana), CBD has become increasingly more popular. (It is not approved for food and beverages, per the FDA.)

But there are states – California for instance – that still retain stringent regulation on CBD. There remains confusion about what is/isn’t legal, and people are still finding themselves the subject of law enforcement investigations when it’s found in their possession.

Treated as a Criminal for CBD Possession

Recently, a 69-year-old great-grandmother from North Carolina was arrested for CBD possession at Disney World in Florida following a check of her purse in which a security guard discovered in her purse a small amount of CBD oil. Rather than simply returning the oil to the woman’s purse and allowing her inside the park, the guard called for backup from the local sheriff’s office.

The grandmother spent 12 hours in jail (rather than the day at the amusement park with her family as intended), but prosecutors ultimately declined to press charges for cannabis possession, noting the case was “not suitable” for continued pursuit.

The woman has since hired a cannabis civil rights attorney, and is expected to file a civil rights lawsuit against the park. If the case is settled, we likely won’t know the terms, and the theme park and county will be able to eschew any kind of wrongdoing – officially.

But cannabis and CBD lawyers in Los Angeles hope whatever the outcome here, it sets the tone for greater caution among law enforcement and other officials in terms of how to treat possession of CBD oil, over which there still seems to be a great deal of confusion.

Where CBD Law Stands in California

Yet even as the federal government is lowering barriers to obtain hemp products with less than 0.03 percent THC, California appears to be moving in the other direction with regard to CBD.

For example, the California Department of Health still insists that hemp-derived CBD is unlawful per state statute – and has even gone so far as to initiate raids on companies that manufacture or warehouse CBD oil and related products. The DOH also insists CBD products are not legal for infusion in food and beverages, so long as the FDA prohibits it.

There are also concerns that if a CBD product fails to exactly meet that 0.03 percent threshold – even if it’s off by the tiniest percentage point – that everyone within the supply chain face serious consequences – including criminal charges. That’s happening even without testing of the drug. In Oklahoma, Idaho, Ohio, Nebraska, Louisiana, Texas, North Carolina – people are facing felony drug-trafficking charges for CBD possession (truck drivers in particular appear to be vulnerable) – and this is all after the 2018 Farm Bill passed.

Much of this has to do with the fact that we have such a confusing patchwork of state laws and local rules, not to mention the conflict with federal government. Even within a single state, the laws can vary widely (a prosecutor in one jurisdiction declines to prosecute, but another aggressively pursues it).

One comforting exception is the stated policy of LAX Airport, which allows possession of marijuana and CBD for travelers who are least 21, so long as those amounts are within the statutory-legal amount.

For seniors who may have questions about the legality of purchasing or possessing CBD oil or inquiries for criminal defense on charges of CBD possession, our dedicated marijuana lawyers can help.