The legalized marijuana market in California is booming with a rising number of investors (hoping for returns the next big thing), horticulturalists carving out regional and brand niches and more recreational pot shops and cannabis couriers than ever before. Still, many who have tried to launch a California small marijuana business – either from an exiting platform or from scratch – are finding themselves squeezed out. 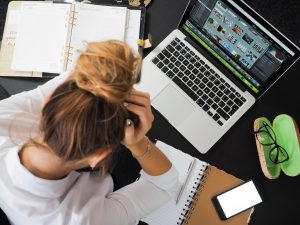 For the “mom-and-pot spot” owners either just starting out or wondering how their doors will stay open, it can be tempting to try trimming expenses and skimping on legal services. But even if expenses are tight, this isn’t a good idea. Cannabis law in California isn’t like writing up a simple contract or printing off a power of attorney form from a free site. It’s complex. It’s been changing fast. It varies from city-to-city. It’s got this complicated relationship with federal law. It’s really the type of legal insight you can only get from an attorney who not only practices California cannabis law, but has been doing it for decades.

California legal cannabis market isn’t just about capital. It’s about compliance. If you’re busy trying to cut through state bureaucracy or negotiate a commercial leases on your own, you are firstly  Our marijuana lawyers work with you to help you make sure you’re covered from a legal standpoint. We want to be sure your time, monetary investment and dream is protected.

Examples of the ways a lawyer can help keep you in the game and competitive:

The good news is states starting to recognize that sinking small marijuana businesses under such heavy expense and regulation doesn’t just hurt the economy, it risks more activity on the gray and black markets. In response, they’ve started examining other ways to incentivize smaller firms to stick it out. Our long-time Los Angeles cannabis attorneys are committed to helping small marijuana business lawyers overcome the biggest hurdles and get them set for the best course of success.