In both Colorado and Washington, victory is being claimed by proponents of dual measures to legalize marijuana for recreational use. 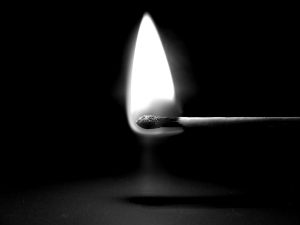 Los Angeles marijuana lawyers wish we could say this was the end of the line for the issue, but it’s almost certain that both laws will be challenged in federal court, as marijuana use, possession, sale and distribution remain illegal under superseding federal laws.

However, the hope is that federal justices will fairly confront the issue and once and for all toss the disproved, antiquated and ridiculous notion that marijuana is a dangerous drug worthy of a category of Schedule I narcotic.

Of course, it’s likely to be more complicated than that, but it should make for an interesting battle.

In Colorado, Proposition 64 is an amendment to the state’s constitution that makes it legal for anyone over the age of 21 to possess marijuana and for businesses to sell it at certain retail locations. The governor there has said he anticipates the process of state regulation will be wrought with complications, but state officials fully intend to follow through with carrying out the will of the people. Specifically, he cautioned, “Don’t break out the Cheetos or gold fish too quickly.”

Still, proponents are hoping that the measure will rake in millions of dollars in revenue for the state government, which could in turn be funneled toward schools and emergency safety services. What’s more, freeing local and state law enforcement agencies from responsibilities to prosecute petty drug crimes should help abate the failed war on drugs.

Similarly in Washington State, Initiative 502 makes it legal for those in the state over the age of 21 to legally possess small amounts (up to 1 ounce dried or 1 pound infused product or 72 ounces of liquid-infused) of the drug for recreational purposes.

(On an election side note: Voters in Massachusetts approved legislation that allows for the medicinal use of marijuana by residents with a doctor’s prescription, as 17 other states, including California, have already done.)

Certainly, the tides are shifting, but the implementation of the measures in both Washington and Colorado are likely to be legally tricky.

On election day, the U.S. Justice Department said it was reviewing the initiatives, but refused to say how it planned to respond to the first attempt of any state (let alone two states) to legalize the use of marijuana for any purpose other than medical. Previously, Attorney General Eric Holder expressed his public opposition to both measures and, tellingly, once the election results were in, a spokeswoman for the agency underscored the fact that the Controlled Substances Act remains the law of the land.

It is in this act that the government defines marijuana as Schedule I, which is the harshest classification of drug – higher even than cocaine or oxycone, which are Schedule II drugs. What this means is that it is considered highly addictive, dangerous and holding no legitimate medical purpose. Clearly, this definition is fallible.

Our Los Angeles marijuana collective attorneys of course will be watching the unfolding of these events closely. If nothing else, Californians may take comfort in the fact that, at least for a short time, the focus of federal authorities may be somewhere else.