Many of us are familiar with the story of Cyndimae Meehan, a girl who suffered from a form of epilepsy that affects children and typically starts around 10 months of age. Her medical condition, known as Dravet syndrome, is very rare. 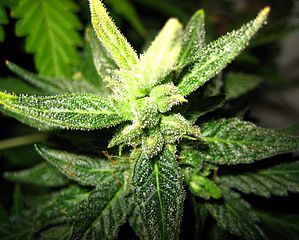 The reason Meehan’s case was so noteworthy and captured the public’s attention is that her parents tried every medicine approved by the U.S. Food and Drug Administration (FDA), and none of them worked. Some of them were so useless that she would have a violent seizure less than an hour after taking the anti-seizure medications.

After trying all of these medications, the family was looking at websites and listening to support groups and discovered that medical cannabis in the form of THC oil was really helping a lot of young patients. The problem was that medical marijuana was not allowed to be administered to children in her home state. They used the medical cannabis anyway, and it was really starting to work. However, while the number and frequency of the seizures was down substantially, her family was breaking the law, and that should not have to be the case in situations like this. She became what advocates call a medical marijuana refugee and needed to a new place to live.

While in Maine, the family continued to advocate for increased legalization of medical marijuana, so that more patients have access to their needed medication. One of the big issues was insuring children have access to medical marijuana while in school. In the case of Dravet syndrome, many patients need to take one to three drops of cannabis every one to six hours. Schools were not willing to administer the drug, even though they have no problem giving a child Xanax or even a narcotic painkiller, so long as it is prescribed by a doctor. Our Orange County medical marijuana attorneys know this to be a serious problem. In her home state, the family was able to get Meehan’s Law passed (named after the family), which requires schools to provide a way for children to take their medicine during school hours.

Prior to her death, the medical marijuana had helped so much that she was able to walk without the aid of a wheelchair and play and get around like a healthy child her age. Friends of the family say she used to sit in the chair with a blank stare on her face but was truly able to enjoy life once she tried cannabis oil, according to a recent article from the Press Herald.