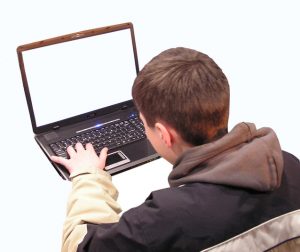 Online media giant YouTube has enacted a host of more stringent enforcement guidelines, seemingly at random, restricting and even shutting down many channels its representatives claim violate its policies. Gun-related channels in particular have come under scrutiny. A bit more perplexing, however, is the site’s more aggressive stance against cannabis-related videos recently, sending warnings, flagging content, and shutting down entire channels, particularly those that seek to educate and advocate. Even after complying with warnings, channel owners said they were suspended. Many of the channels had been around for years, some almost since the beginning of YouTube, according to a Leafly article.

In the early days of legalization, before marijuana reached the popularity it is enjoying today, the Internet was the best place for cannabis advocates, business owners, and medical practitioners to learn and to share information. YouTube has always played a big part in that. The highly visual platform was an ideal way to show growing methods and techniques to people on the other side of the country. Today, a bounty of resources exists, but these ground floor YouTube channels still have a wealth of experience to offer.Some say the decision could be related to ad revenue. Given that advertisements randomly appear before videos, advertisers sometimes protest when their ads appear in conjunction with content that does not align with their brand, as happened with some of the more alarming gun videos. However, given that medical cannabis and/or recreational marijuana are legal in 29 states and the District of Columbia (with several states on deck to legalize this year), it is clear the country is trending in a pro-cannabis direction. Therefore, it would be surprising that suddenly a rash of advertisers objected to the content after years of existence. YouTube also has the ability to demonetize a channel, meaning the channel can no longer reap the benefits of advertising. In fact, some of the channels that were shut down reported not being monetized in the first place, making their removal even more confounding. Further, most of the channels were educational in content. YouTube alleges such content is allowed so long as it does not promote or link to content that promotes the sale of illegal drugs (including cannabis, which still resides on the list of controlled substances as a Schedule I narcotic, according to Controlled Substances Act, 21 U.S.C. Section 812). Meanwhile, some banned channel operators have complained, channels that feature people smoking marijuana, dabbing, and other methods of getting high on-air, have largely remained untouched, giving little credence to claims that YouTube is concerned about promoting illegal activity.

Given the desperate attempts by some to stop the burgeoning cannabis industry, this sudden attack on cannabis advocacy videos with little-to-no explanation or communication seems highly suspicious. It is not uncommon for those in power to try to stop progress. That’s why our knowledgeable Los Angeles cannabis business attorneys are using our years of experience to fight alongside the marijuana industry and the residents of California who depend on it. We know the law and will use it to fight for your rights and push back on those who are trying to drag us back into the anti-marijuana dark ages.

The Boring Narcs at YouTube are Banning Marijuana-Related Channels, May 4, 2018, By Mona Zhang, The Outline