The company that produced the first ever cannabis-derived medicine to be approved for use by the U.S. Food & Drug 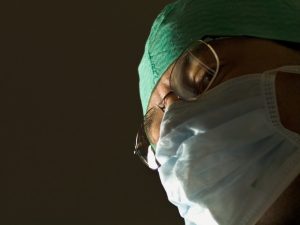 Administration has revealed to investors the cost of the drug: $32,500 per year. This is reportedly on the low-end of original estimates between $30,000 and $60,000. Epidiolex, made with CBD and used to treat rare forms of childhood epilepsy, is said to be priced competitively with other epilepsy drugs on the market. This, however, is not other epilepsy drugs.

One of the reasons, among many, that marijuana has become so popular for medicinal use is that it is relatively inexpensive compared to other treatments, even without the help of insurance companies to cover the costs. Some markup by pharmaceutical companies is to be expected to cover testing, research, and ensure consistency and purity of the product. The disparity between cost and price in this instance seems specifically designed to prey on desperate families already prepared to pay top dollar to help their children. In fact, the price was set with the consultation of insurance companies, according to a Business Insider report.

Certainly this is not outside the realm of reason in the pharmaceutical industry. Marking up the price of medicine is business as usual. It is dubious, however, that pharmaceutical companies have been lobbying so strongly against marijuana legalization until they figured out how to personally benefit. The final cost of the drug after insurance will be far less, with estimates of less than $200 a month for patients. Many do not have the luxury of insurance, though, and will turn to black market sources or, in states where marijuana is legal, the CBD vials on dispensary shelves. The manufacturer of Epidiolex touts that their product is pharmaceutical-grade, but many will not have any choice but to self medicate with the products that are currently available.

Californians have been doing so for more than 20 years, when medical marijuana was first legalized in the state in 1996. In states where home cultivation is legal, many are learning the plant in their house is a merciful replacement for far more expensive (and dangerous) pain medications, like opioids. This is a threat to the pharmaceutical companies who profit handsomely from dependence on expensive, complicated medications that could not possibly be made in home. It is clear why they have fought against medical marijuana for so long.

Our Los Angeles medical cannabis lawyers are keeping a close eye on these developments. Big Pharma has used its influence to keep medical marijuana at bay for years. It is unclear what pharmaceutical companies will do to maintain their foothold in the marijuana marketplace once they enter. Marijuana is almost certainly going to be rescheduled at the federal level to allow for doctors to start prescribing Epidiolex. Schedule I narcotics, such as marijuana at current, allegedly hold no medicinal value, and therefore are prohibited even for prescriptions. Schedules 2, 3, 4 and 5 each hold different levels of restrictiveness. Our experienced attorneys will be on hand to answer the numerous questions about how such a rescheduling could affect your business and how to remain competitive once major pharmaceutical companies enter the game.