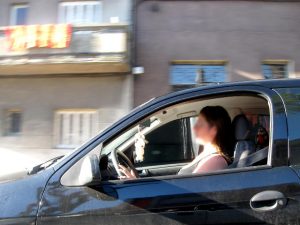 It’s worth noting, of course, that alcohol and marijuana have two very different effects on the body, which means these figures are somewhat alarmist in nature. If it were possible to test the number of drivers who had consumed alcohol at some point in the last several days or weeks, no doubt the actual number of those would be much higher, and we’d have more of an apples-to-apples comparison.

While alcohol is processed quickly through the bloodstream, marijuana (and in turn, THC) lingers. In effect, a person who tests positive for marijuana may not necessarily be impaired, but merely has consumed the drug at some point in the last few days or even weeks.

Los Angeles cannabis DUI attorneys know that determining who was actually “stoned” behind the wheel is much trickier because of how long marijuana stays in the body – even long after the high has worn off.

Of course, it’s true that marijuana interferes with one’s driving skills. As noted in a 2009 study published in The American Journal on Addictions, marijuana absolutely can acutely impair one’s reaction time and other cognitive functions critical to driving. They did find that the effect between individuals varies significantly compared to alcohol due to differences in tolerance, the way the drug is consumed and variations in dosing.

THC-impaired drivers did often try to compensate – and rather effectively – for impairment by utilizing strategies like driving more slowly, passing less frequently and allowing more space between their vehicles and those ahead. However, whatever benefit is gained from that is tossed if one also combines THC with alcohol.

That doesn’t mean you’re going to catch a break from county or city police in Los Angeles if you’re deemed impaired by marijuana according to statute.

Driving Under the Influence of California Cannabis

For a first-offense, defendant can serve up to six months in jail with a maximum fine of $1,000, a 9-month stint in DUI school and 10 months of a suspended and/or restricted license. Penalties will be more severe if you have a minor in the vehicle.

To be impaired means to have one’s physical and/or mental capacities impaired by the drug(s) to the point he/she is not able to operate a motor vehicle with the caution of a sober person using ordinary care in similar circumstances. This is a largely subjective standard. While the level of THC in one’s system can be used as evidence in a California marijuana DUI case, it is not proof-positive. An increasing number of departments in the state have trained/hired drug recognition experts on their police forces specifically to boost credibility of officer testimony.

As our Los Angeles marijuana DUI lawyers can explain, simply sitting behind the wheel of a car – even with the engine running – in and of itself isn’t proof of “driving,” for purposes of the statute, though it can be used as circumstantial evidence.

How Much Does Marijuana Truly Contribute to California Traffic Crashes?

It’s tough to quantify just how much of a role marijuana plays in motor vehicle accidents in California – or anywhere – because:

Part of what makes it confusing for drivers in states that allow legal marijuana is that there is no set amount or what is a safe amount to consume before driving.

One slogan being touted by the U.S. National Highway Traffic Safety Administration is that, “If you feel different, you drive different.” That’s a good notion to keep in mind, but it’s not the criminal standard for impairment on California roads.