Cannabis has been legal in California (in some form or another) since 1996. But since then, the patchwork of city, county, and state laws (to say nothing of the slowly-evolving federal laws) has understandably led to some confusion about exactly what is legal where – and for whom. 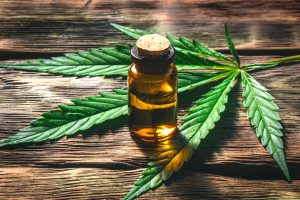 There has been some speculation about whether cannabis might finally be made legal at the federal level in 2023. While that seems unlikely, our legal team will be continuously monitoring any developments, as it could impact how issues pertinent to our cannabis business clients are approached at the state and local level as well.

Where is Cannabis Legal in the U.S.?

The maze of state laws on cannabis – recreational, medicinal, CBD/low THC products – there is little consistency. In most Western states (California, Oregon, Washington, Nevada, Arizona, New Mexico, Colorado, and Montana), marijuana is legal both for recreational and medicinal purposes. Limits on precise quantities vary from state-to-state. Utah allows for medicinal marijuana, as well as CBD. Wyoming still criminalizes marijuana, with possession of even small amounts triggering a misdemeanor punishable by up to 6 months in jail and/or a fine of $750. Possession of three ounces can be punished by up to 1 year in jail. CBD is legal there, though. Texas allows for CBD possession, but marijuana is still illegal – and recent efforts to decriminalize possession have stalled.

Just three states in the country have no public-use marijuana program of any kind: Idaho, Kansas, and Nebraska. Idaho criminalizes all possession and distribution of marijuana and its extracts.

This past election, voters in South Dakota, North Dakota, and Arkansas rejected ballot initiatives to legalize marijuana for recreational purposes. Medical marijuana, however, is legal in all three of those locations. It’s possible that by the end of 2023, other states could have expanded marijuana access. Voters in Oklahoma are slated to decide on the issue in a March election. In Ohio, the legislature is weighing a bill that would legalize sale and use of marijuana for recreational purposes.

What Are the Rules for Cannabis in California?

Here in California, medicinal use was approved by voters in 1996. Recreational use marijuana did not become legalized until 2016. That said, possession is only lawful for adults 21 and older. Anyone under 18 caught in possession of marijuana may be referred for drug education, counseling, or community service. Anyone who’s at least 18 but younger than 21 caught with marijuana will be fined $100. Minors can lawfully have marijuana administered for medicinal purposes if they have a medical marijuana ID card. State health and safety codes limit individual marijuana possession to 28.5 grams of flower or 8 grams of concentrated cannabis (basically, about 1 ounce). You’re also legally allowed to grow up to 6 plants at home, though the local government may have additional restrictions, such as requiring permits for indoor growing. If you have more than the allowable limit, you may be subject to a 6-month jail sentence.

Possession of marijuana is one thing, but public use is another. Adults over 21 can lawfully possess the drug (in the aforementioned quantities), but it is not lawful to smoke marijuana in public spaces. There’s a minimum $100 penalty for a violation, but it can be as much as $250 if you’re doing so in a place where smoking tobacco is also unlawful. You are not allowed to use cannabis in state parks or national parks either. If you smoke within 1,000 feet of a school, day care, other facility where kids are typically present, you can be facing even higher fines. Smoking or consuming cannabis products – or even having an open container of them – is not allowed if you’re riding or driving a car, boat, or aircraft. (If you’re operating any of these vehicles while under the influence of cannabis, the criminal penalties are severe, particularly if you cause an accident and especially if someone is hurt.)

As previously noted, use of cannabis near a school or daycare is unlawful. But even simply possessing the drug is a problem if you’re on school grounds. If you’re caught with cannabis at any K-12 school – even if you’re of-age and you’re under the legal possession limit – expect stiffer penalties. For those under 18 carrying under the statutory maximum, it’s a $250 fine. Subsequent offenses can result in a $500 fine and possible jail time.

Selling marijuana is not lawful in California unless you have a license to do so from the state and/or local government. You can, however, legally gift marijuana or marijuana products to others (assuming they are not underage) without a license.

As noted before, you can’t have open containers of cannabis in a car, boat, or airplane. But usually where people run into problems is when crossing state borders and/or flying. Outside of certain marijuana business operations (and even those have had legal difficulty), traveling state lines in possession of cannabis is against the law. This is true even if you’re coming from a state where recreational use is legal and going straight into another state where it’s legal. That’s because possession is still illegal under federal law, and the crossing of state borders gives the federal government jurisdiction. The federal government is also responsible for air traffic control, which is why possession

In airports, rules can get a little fuzzy. For example, marijuana is legal to possess in California. Therefore, staff at some airports will allow travelers to possess the legal amount, of up to 28.5 grams. However, once you go through TSA, all bets are off because the Transportation Security Administration is a federal government agency – and marijuana is illegal under U.S. law. If a TSA agent finds marijuana  – on your person, tucked into your purse, or in your suit case – they can (if they choose) report it to local, state, or federal authorities. That said, it’s unlikely you’ll be arrested (so long as you are 21 or older and/or have a medical prescription and you aren’t possessing an amount in excess of what’s legal in California). TSA’s primary focus is security, but you may have to toss it before you proceed through the terminal.

A recently-passed law shields employees from so-called “weed bias” from employers. It prohibits discrimination or discipline against workers based on their use of marijuana off-duty and off-site. That means simply testing positive for marijuana use as an adult over 21 shouldn’t be used against you in the hiring, employment, or termination processes. However, there are exceptions for certain industries (building and construction, primarily), as well as those jobs that require federal background clearances. Further, it doesn’t protect workers who consume marijuana on-the-clock or show up to work high. Worth noting: That law doesn’t go into effect until next year.