Over the next five years, it’s expected that the cannabis industry is going to double from its current size. Inevitably, this amount of fast-paced growth is going to demand a lot of funding – and space. Of particular concern are the property acquisitions and real estate investments that will be necessary to expand operations of cultivation and distribution facilities, as well as retail stores. 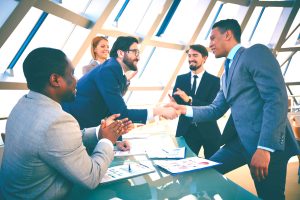 But as our Los Angeles cannabis company lawyers can explain, such deals are going to be a bit more complicated compared to other types of commercial contracts and lending. The fact that marijuana remains illegal under federal law inevitably has landlords, lenders, and financial institutions wary of engaging. The potential for sizable profit margins is certainly a draw, but concerns about forfeiture and fines can’t be entirely glossed over.

There is certainly a great deal of opportunity for real estate financing and leasing operations, but there is undeniably a greater complexity when it comes to opening the doors to marijuana-related businesses. Lenders and landlords need to proceed with calculated care and caution. Contracting with a longtime cannabis lawyer can help cannabis companies, investors, property owners, and financial institutions to make smart decisions that will best protect their assets and further their interests.

Among the potential risks that companies run:

If a marijuana-related business is facing down some level of financial stress, the ability of the lender or landlord to recover will depend not only on applicable cannabis laws at the local and state levels, but also on federal law. If investors or lenders don’t properly anticipate challenges and take proactive measures to structure these agreements, they could find the collateral property at risk of government forfeiture. This will be true for as long as marijuana remains a Schedule I narcotic under federal laws. It makes any real property owned – or utilized – by marijuana companies potentially vulnerable to seizure by authorities, per 21 U.S.C.S. 881(a)(7). This risk can be minimized by ensuring that the cannabis company is fully compliant with all relevant state laws and regulations – including licensing requirements. As per the Cole Memo, federal prosecution against marijuana related businesses is going to be much more likely for a company that skirts state laws.

Banks and financial institutions run the risk of violating the Bank Secrecy Act when they work with marijuana-related businesses. The law was written to deter banks from becoming party to money laundering operations for criminal enterprises, but it’s a big reason why banks are still skittish in working with cannabis businesses. Where state-legal cannabis companies are concerned, the U.S. Department of Justice has left enforcement of this provision up to each district’s prosecutors. That said, enforcement risk is relatively low – per U.S. Department of the Treasury’s guidance – when banks and lenders are working with state-compliant cannabis companies. Guidance issued to banks on marijuana business lending by the Treasury Department in 2014 incorporates the priorities outlined in the Cole Memo.

Land use rules, zoning requirements, state nuisance laws, and restrictive land covenants must be carefully reviewed before financial institutions, investors, and landlords agree to be a part of the deal. For example, if a state nuisance law prohibits “offensive odors,” that may be applied to certain cannabis operations – particularly cultivation and distribution sites. That can result in substantial fines and potentially being forced to relocate – at a loss.

Bottom line: Financial institutions, lenders, landlords, and others looking to back cannabis business growth would be wise to secure legal advice on cannabis company contracts in order to make informed decisions.