In a case that may signal good news for future interstate cannabis transactions, federal prosecutors in Kansas have agreed to drop a civil forfeiture case pertaining to pot shop profits being ferried across state lines. 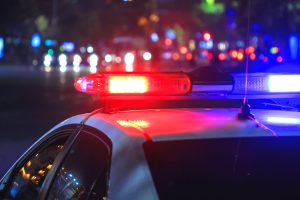 To explain the significance of this, we have to step back a bit to examine the historical context. Cannabis companies run into all kinds of legal stumbling blocks in the simple course of doing business. Matters like banking, transportation, real estate purchases/rental agreements, security, insurance, employment, etc. – all of these things are more complicated than they would be for typical businesses. Despite state-level laws that legalize marijuana cultivation, production, sales, and possession (such as California’s Proposition 64), the U.S. Controlled Substances Act still classifies cannabis as a Schedule I narcotic. This has resulted in much confusion about practical applications for state-legal cannabis companies just trying to conduct regular business.

One legal concern that has cropped up in the past couple years deals with the transport cannabis company cash – particularly when it involves crossing state borders. Because of federal banking regulations, cannabis companies tend to deal primarily in cash, which can pose some practical challenges. Moving that cash from one point to another is not as simple as a digital transfer. It may require physical transport. But in the course of doing so, several companies found themselves smack in the center of federal civil forfeiture cases wherein the government seized the cash, on the basis of it being tied to illegal drug trafficking.

Civil forfeitures, also sometimes called civil asset forfeiture or judicial forfeiture, is a highly controversial process whereby law enforcement/government agencies to seize – and keep – property and other assets that belong to persons suspected of committing a crime. Forfeitures can happen as part of a criminal case, but in civil forfeitures, no crime need be proven in a court of law in order for the government to keep those assets. Some have likened it to “highway robbery,” except it’s fully legal. The laws were written to target criminal organizations, fugitives, terrorists, etc., but have been used in many cases against state-legal cannabis companies.

As Los Angeles marijuana business lawyers can explain, these scenarios involving cannabis companies have puzzled legal scholars because they fall into something legal gray area – thanks to the patchwork of conflicting state and federal pot laws.

This brings us to the federal cannabis civil forfeiture case that was recently dismissed. About a year ago, an armored truck transporting $165,000 cash profits from legal medicinal marijuana sales in Missouri to a credit union in Colorado (which allows both medical and recreational marijuana) was stopped by authorities in Kansas (where marijuana is not legal for any purpose). The cash was confiscated, and federal prosecutors in Kansas City argued that civil forfeiture was lawful because the cash could be traced to marijuana sales, in violation of the U.S. Controlled Substances Act. Similar incidents were reported in California, too.

The company whose cash was seized fiercely contested the forfeiture, and actually filed a lawsuit to get their money returned. That lawsuit asserted that state and federal law enforcement acted illegally in initiated pretextual stops specifically to seize cannabis company vehicles, cash, and other assets for the purpose of civil forfeiture because they knew such actions would be lucrative. (Civil forfeiture allows for equitable sharing of the proceeds between federal and state authorities where they collaborate on such actions.)

Late last year, federal authorities in California agreed to return some $1 million seized from cannabis companies in a similar civil forfeiture action involving the same company. In return, the company agreed to drop its lawsuit against the government.

Now – and without any real explanation – federal prosecutors in Kansas are doing the same thing, which means the $165,000 seized will be returned. Prosecutors’ brief was just five sentences and did not elaborate on the decision to drop the case, but it was expected after the California case – with a nearly identical fact pattern – was dropped as well.

If you are a cannabis company doing any sort of business, advertising, or transport across state lines, it is imperative that you work with an experienced cannabis business lawyer who can review your policies and practices and make recommendations to ensure you’re protecting your products, your profits, and your people.