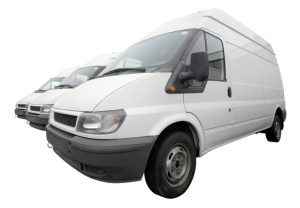 According to the proposed amendment, CA Code of Regulations, Title 16, Div. 42, Ch. 3, Sec. 5146 (d), “A delivery employee may deliver to any jurisdiction within the State of California.” This is a slightly more clear direction than previous verbiage which stated that deliveries could be made using any public roads, which could be (and was) interpreted to mean that drivers could pass through, but not necessarily stop and make a delivery in a jurisdiction in which a sales ban was in place.It’s clear to our legal team that this proposal is an effective way to bridge the deep divide between Californians who support cannabis and their inadequate access to medical and recreational products. Residents 21 and older in all jurisdictions have been permitted to consume cannabis in a private residence since the implementation of Proposition 64 earlier this year. Deliveries simply give all Californians, even those in cities with sales bans, an option. Instead of picking up marijuana at a dispensary and driving it back to their home, someone else would do the transporting. It seems rather simple, and yet some local officials and law enforcement are portraying this as complete meltdown of law and order.

Based on the ridiculous theatrics of critics in regards to this proposal, it is obvious their local bans never had anything to do with the alleged negative effects of allowing marijuana retailers and cultivators to locate in their city. It was their way of making it as difficult as possible for law-abiding citizens to have access to products that, when consumed properly, are perfectly safe for both medical and recreational use.

There’s a reason California did not allow cities to ban personal use or growing a limited number of plants in their private residences. The state, and the citizens who voted in favor of Proposition 64, believe consuming cannabis should not be a crime. It seemed right, though, for local governments to have autonomy in how to regulate businesses in their own city limits. They have abused this freedom, though, to the point that about 40 percent of Californians have an hour or more drive to even find a legal dispensary. Cities know this ludicrous burden could be lifted by allowing businesses licensed by the state to deliver to homes. The fact is, though, for many cities, the burden is intended to be a makeshift prohibition on the drug entirely.

Our Orange County marijuana delivery business attorneys know even living in a state with some of the best cannabis laws in the country does not make us immune from attacks on the industry. Some will do anything to undermine what liberties have been achieved. Our experienced lawyers are here to help delivery companies and other marijuana businesses navigate the gray areas of the law and help protect you from unnecessary attacks.