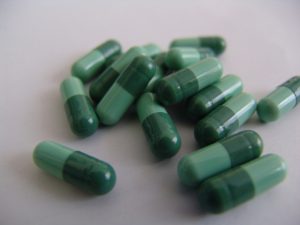 involves cannabis. A joint project by the University of Miami Miller School of Medicine,  Toronto’s Scythian Biosciences  Corp., and The Miami Project to Cure Paralysis has led to the development of a “concussion pill,” which combines CBD and an NMDA amino acid anesthetic, according to UPI. Pre-clinical studies on rodents are showing improved cognitive function after traumatic brain injury, more so than either component of the pills does on its own. Trials also showed no adverse effects caused by either component individually nor in combination.

Traumatic brain injuries have made headlines in recent years as more attention has been brought to the dangers of aggressive contact sports, such as football, and the long-term damage caused by concussions. Meanwhile, football players have become some of the strongest advocates for medical marijuana. Cannabis, particularly CBD, has proven to be effective at treating chronic pain caused by sport-related injuries, and does not have the addictive properties of opioids, which are typically prescribed for such injuries. Other players suffer from conditions unrelated to sports, but using medical marijuana has made it possible for them to enjoy activities with fewer limitations. For example, medical marijuana is proving to be a breakthrough treatment for severe seizures, paving the way for people with epilepsy to perform at a competitive level like never before. All of these factors make athletes ideal for receiving the benefits of medical marijuana treatments. Yet continued backward thinking about the drug is holding us back.
Time and again, these people face roadblocks in playing the sports they love and getting the treatments they need because of Controlled Substances Act, 21 U.S.C. Section 812, which classifies marijuana as a Schedule I narcotic. Students seeking to compete at NCAA schools find themselves fighting zero-tolerance anti-drug policies, even in states where medical marijuana is legal (which is now a total of 30 states). Even NFL players and other professional athletes are subjected to drug testing that includes marijuana. Many report fighting opioid addiction because, although it’s well documented how dangerous overuse of these medications has become, they are still (in the eyes of federal law) considered preferable over cannabis, of which no overdose deaths have ever been documented.

Researchers who have been developing the “concussion pill” envision a future in which it would be kept at the sidelines of all full-contact sporting events to help control the immediate inflammation caused after trauma. First responders and emergency rooms could also be equipped with the medication to be administered as quickly as possible, addressing issues before their effects are potentially irreversible. First, though, there will be a small series of human evaluations, followed by an extensive three-year full clinical trial, and finally assessment by U.S. Food and Drug Administration.

Our Orange County medical cannabis lawyers also dream of such a future. We only can hope evidence of the benefits of cannabis continues to grow, making it impossible for the powers-that-be to deny its beneficial properties any longer. Californians have known for some time the impressive benefits of this versatile plant, yet are continually restricted by the federal ban. It is time our federal leaders get on the right side of history and allow Americans to get the treatments they deserve.