The State of Nevada is facing a series of cannabis lawsuits alleging the process for awarding pot licenses is shrouded in secrecy. The litigation doesn’t allege that public officials are getting any sort of kickbacks from the firms awarded licenses, but say the state should nonetheless be more transparent about its processes. 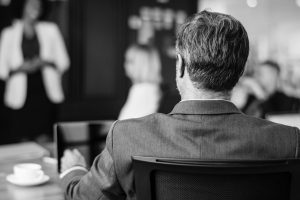 Since recreational cannabis became legal in Nevada two years ago, our Los Angeles marijuana attorneys understand the state has released only trickles of information about the state criteria for the new market. TIME Magazine in a recent report flat-out stated, “No one knows for sure” how state officials are awarding new licenses, only that they are being awarded because dispensaries are opening without complaint from the state.

Several plaintiffs are seeking to learn more about how the state chose the companies it did in awarding 61 licenses out of 462 vendors to sell recreational marijuana to adults.

Las Vegas, aka Sin City, is a destination for people all over the U.S. and the world to come for indulgences, and it would be a gem of a location for any marijuana purveyor. Many are clamoring for information on the process and requirements needed to make that happen, but thus far, it’s been crickets (or as plaintiffs put it: “arbitrary and capricious (silence) that violates the constitution.”).

(Thus far, city officials in Las Vegas have not committed to allowing a dispensary on the strip, but TIME reported discussions are underway.)

An upcoming hearing will weigh whether the most recent crop of cannabis dispensary owners, which were given approval in December. Plaintiffs, 10 of those who were turned down for the chance to open a shop, assert the process for any “winners” who receive lucrative state licensing permission for cultivation, production, lab-testing and dispensing should be conducted with full transparency.

Why Transparency in Important in the Pot Industry

As our Los Angeles cannabis business attorneys know, Nevada isn’t known for its sunshine laws (statutes that require public business to be conducted publicly) but several have noted that to award these contracts behind closed doors not only undermines those provisions, but will foster the kind of environment voters wanted to avoid when they approved a legal market. Namely, they want to avoid drug kingpins and gang members from gaining a foothold with politicians – something much more likely to occur if all these deals are occurring in backdoor rooms with no public oversight.

Time did report that a state effort is underway to make public a list of all licensee and applicant names, wit the Nevada Department of Taxation overseeing that process.

Some are calling for a system that would mirror Nevada’s Gaming Control Board, responsible for regulating the licensing of casinos. An advisory panel for one Democratic state representative has a commission currently studying how such a framework could be tailored and implemented specifically for cannabis.

The stakes are especially high because by all accounts, marijuana sales are reportedly soaring in the south of Nevada. The very first year recreational cannabis hit the shelves, state officials reported $425 million in sales (divided among 61 dispensaries). Medical marijuana, meanwhile, is now topped at $150 million. All this amounted to an additional $43 million in adult sales taxes, which in turn means $28 million for Nevada schools.