Stores throughout Southern California, in Los Angeles, Riverside, Orange County and beyond, are ramping up advertising to promote sales of CBD oil, but questions of legality persist: Who can sell it and how and whether it can be sold at all. 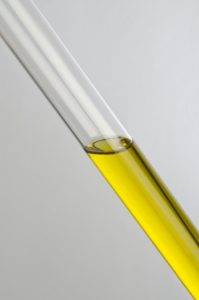 People across the country mistakenly presumed that the 2018 Farm Bill effectively opened the doors to all CBD sales. In fact, that is not the case, and small businesses are learning this the hard way when their shops are raided and product confiscated. Some are even facing criminal charges.

Hemp-derived CBD is now legal under federal law, but not for all purposes. Further, state law has yet to catch up, and police/prosecutors have yet to neatly map their approach with yet another federal-state legal conflict on marijuana law.

As CBD popularity has booming, businesses will want to check in with an attorney experienced in marijuana and CBD law in California to ensure they aren’t properly producing, selling or advertising CBD in a way that could jeopardize their livelihood and even their freedom.

CBD Won’t Get You High, But it Could Get You Into Trouble

For those unfamiliar, cannabidiol is one of more than 100 extracts that can be derived from the marijuana plant or from hemp. Unlike the element that contains THC, it does not cause intoxication in a person. (Some CBD products do produce a mild high, but only because they have low-concentration THC.)

Even though CBD is not psychoactive, it purportedly does contain a number of medicinal properties, and has been recommended by physicians to those with medical marijuana cards for years to alleviate ailments from anxiety to rheumatoid arthritis to menstrual cramps. It’s described as having a calm, soothing effect that makes it desirable for everything from bath bombs to smoothies to candy.

As ridiculous as the Schedule I classification under the U.S. Controlled Substances Act is for cannabis, it makes even less sense for CBD. Schedule I substances are the most highly addictive, medically worthless and dangerous. The U.S. Drug Enforcement Administration did finally bump CBD from a Schedule I to a Schedule V narcotic (the least harmful of controlled substances). The 2018 Farm Bill legalized hemp, from which CBD can be derived, and CBD was expressly desheduled, assuming the product contains very low THC.

Still, shops selling CBD – especially while claiming medicinal qualities, as a food or drink item and even as a cosmetic – need to be especially cautious.

Riverside CBD business lawyers are aware of recent cases in states like Texas wherein authorities burst in, seized all CBD products, cash and even employees’ personal cell phones as part of their investigations into alleged unlawful CBD sales.

Under the 2018 Farm Bill, CBD oil is only legal if derived from the hemp plant and if it contains less than 0.3 percent THC. However, most states haven’t updated their rules with regard to CBD, and cannabis attorneys know it’s become something of a mess.

CBD Online Sales and Other Points of Confusion

Many police across the country are struggling what to do with the soaring proliferation of CBD oil and state laws that say it’s illegal and prosecutors who have already vowed to back off prosecuting all low-level, non-violent marijuana/cannabis cases.

Even if you live in a state like California that has legalized marijuana for recreation, there are few rules in place with regard to CBD. It’s legal under federal law now, but not if being sold as a medicine or a food, per the U.S. Food & Drug Administration.

But then some states (namely, Michigan) defied this too by allowing CBD be offered in alcoholic drinks.

On top of that, individual municipalities have been given a great deal of freedom to determine what sort of rules and restrictions they want to impose, leaving many cannabis consumers in the dark.

Because of this complex patchwork of evolving laws, we recommend all businesses selling CBD in California consult with an experienced attorney knowledgeable about how to protect your assets.

CBD Is Wildly Popular. Disputes Over Its Legality Are a Growing Source of Tension, By Timothy Williams, The New York Times