In a first-of-its-kind cannabis lawsuit, the City of Los Angeles is suing an unlicensed marijuana dispensary for selling products to the public that contained dangerous pesticides. The city attorney warned the civil litigation against the South Los Angeles owner would not be the last, as his office joins the fight to crackdown on booming black market bud. 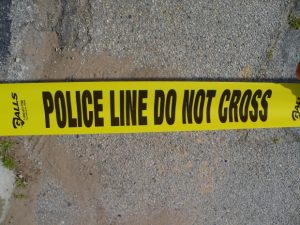 Legitimate cannabis companies say they’re being crippled, some already driven out, by the presence of unlicensed operations. Los Angeles marijuana business lawyers know these firms have an unfair market advantage over those abiding the law because they are burdened by the intense regulatory oversight developed by the California Cannabis Control Bureau.

It’s a process that involves rigorous (and expensive) pesticide testing. Cannabis dispensaries not weighed down by these requirements – among others – effectively carving out an unfair financial advantage over licensed dispensaries. Customers may opt to purchase the drug legally, especially for concentrates and edibles, which are bound by stringent labeling and packaging requirements. On the other hand, they can get it for a whole lot cheaper from an unlicensed dealer.

L.A. Warns: Patronize Illegal Pot Shops at Your Own Risk

The city attorney informed consumers who purchase from shops that aren’t legal that they do so at their own risk.

Cannabis pesticide testing regulations were rolled out in three phases last year, staring in January and ending in December.

The city attorney noted the public should care just as much about the chemicals and pesticides in their pot as they do their romaine lettuce, as tainted cannabis can be just as dangerous.

Los Angeles dispensary defense attorneys see this move by Los Angeles leaders as “warning shot.” Dispensaries that have been skating under the radar should seek legal advice even if you haven’t been targeted for the city’s action yet. We can work to help you develop an above-board business plan and paperwork to at least stand in line for a legal shop, or else help you tie up legal loose ends while closing or relocating.

At a press conference, the city attorney stated the dispensary named a defendant in the lawsuit did not have a state license and was selling marijuana products that were contaminated with a type of fungicide/plant growth regulator called paclobutrazol. In chronic toxicity studies by the California Department of Environmental Protection, the chemical was found to be dangerous to humans, and is thus barred by the state’s cannabis control board.

The city is seeking retroactive reimbursement of $20,000 in penalties per-day, which he said could ultimately total $7 million, as the dispensary has been operating with no license for more than 12 months.

The owner of the property as well as the real estate company that leased it to the illegal operation are also named as defendants in the lawsuit, which asserts these ancillary firms knowingly rented the site to the owner knowing what it was being used for and intentionally leaving that element out of the written lease. He said there is evidence of several property owners and brokers engaging in similar “schemes.”

Other unlicensed cannabis dispensaries in Los Angeles have been receiving notices of utility shut-off if they do not vacate the properties.

Whether the city presses criminal charges or not, unlicensed facilities could face steep fines, civil forfeiture action and personal financial ruin if the city prevails in such a case. Prompt, knowledgeable legal advise is an imperative.