Los Angeles marijuana business lawyers know that cannabis companies are feeling the burn of the black market. Fresh off paying their taxes (in cash) and still weighted by cumbersome California cannabis regulations that tiptoe around the federal law from which they have loose protections, many companies are fed up with the fact that doing it all the right way has them taking a black seat to illicit street sales. 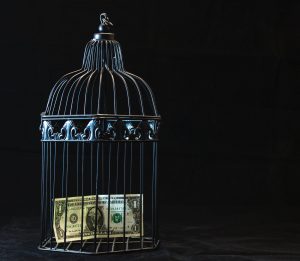 Ever since Prop. 64 legalized marijuana, the drug has been readily available in many communities throughout the state – just not always on the up-and-up. Because illicit marijuana sales bypass the regulatory framework set forth by the Bureau of Cannabis Control (which includes seed-to-sale tracking, laboratory testing for pesticides and potency and stringent rules on regulation), they have carved themselves an unfair market advantage.

Our Los Angeles marijuana business lawyers work with these firms to help ensure they are abiding regulatory compliance and also to fight back against the unlawful sales that threaten their livelihood. We also help cannabis entrepreneurs trying to do it the right way, despite numerous setbacks due to bureaucracy, do all they can to claw their way into the market. We also help those facing federal and state marijuana criminal charges, regulating that a big part of the problem is the lack of uniformity not just throughout the country from state-to-state but within California from community to community.

How Unlawful Cannabis is Gaining an Edge in California

Recently, The New York Times detailed these struggles, including the recent law enforcement crackdown on illicit marijuana grow operations throughout Southern California. These include hundreds law enforcement raids for illicit cultivation, sales and delivery services. The sheriff’s office in Mendicino County reportedly just shut down one center that was processing more than 500 pounds of the drug daily.

This is Prop. 64 one year later, with the unlicensed, unlawful market not stubbornly refusing to stall, but gaining steam in some areas. There is good money in going under the radar. In a single raid recently, agents in Mendicino seized $5 million.

National Guard troopers that had been stationed at the Mexican border following directive from the White House shortly before the election have now been deployed to Northern California to help state authorities grappling with the issue.

The fact that we have more law enforcement raids on cannabis operations in California undoubtedly undoubtedly strikes a fair number as startling – and seemingly defeats the purpose touted by proponents of legalization. Prop. 64 was supposed to mean the state would be counting up the tax revenues, not spending more public funds on expensive criminal enforcement action.

Meanwhile, many law enforcement communities – particularly those in Los Angeles – say they are wary to pursue criminal charges to prosecute marijuana offenses. They’re sensitive to the profoundly adverse impact that a decades-long failed War on Drugs had on minority communities. At the same time, many of these operators are flagrantly thumbing their nose at the law.

Our Los Angeles marijuana business attorneys know the conflict is forcing cannabis firms out-of-business – in a way we haven’t seen in other states like Colorado, Oregon and Washington, which legalized the drug for recreation before California. In fact, in those states, there has been an uptick of 50 percent in sales for legalized marijuana.
However, they could soon be feeling the impact too. That’s because in California (as they are now starting to see in Oregon) there is a glut of weed that is manufactured. Unfortunately, as with everything else in California, the problem is larger-than-life.

Sales in Colorado, Oregon and Washington grew well above 50 percent for each of the first three years of legalization. The problem in California (which we’re also starting to see in Oregon too) is the glut of supply.

Los Angeles and Orange County owners of licensed marijuana businesses say they have seen a steep drop in sales in recent months, and blame the black market. Others note that Prop. 64 gave substantial latitude to local agencies with regard to regulation. We have 500 cities that don’t allow retail businesses to operate within their boundaries. They have also demanded the state crack down on deliveries from other communities, saying it violates the spirit of the law. However, this also leaves substantial populations under-served for a high-demand product/medicine. Heavy regulations don’t help.