A real estate developer who publicly referred to herself as the state’s “cannabis landlord” was arrested by San Bernardino police in a raid on her home in Pacific Palisades. The 44-year-old was arrested on suspicion of possession for sales of a controlled substance in violation of state laws, according to The Los Angeles Daily News. Her bail was set at $30,000, and in addition to $200,000 in cash seized from her residence, they also reportedly also seized large quantities of oxycodone pills and a prescription for Norco (also known as Hydrocodone). 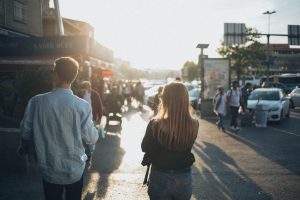 So why was this cannabis landlord targeted while others in Los Angeles and elsewhere in Southern California are largely left alone? Our San Bernardino marijuana business lawyers understand authorities had been investigating the high-profile real estate developer for over a year for engaging in marijuana cultivation activities that were in violation of California law. In December 2017, authorities raided four of her properties in San Bernardino, wherein authorities reportedly seized 4.5 tons of marijuana. She, however, was not at any of the sites in question and was not arrested at the time.

Although it is true that growing marijuana is legal in the state – even for recreational use – one cannot presume they will evade the scrutiny of authorities in Southern California if they aren’t following state law and local ordinance to a “T” – which is easier said than done where the patchwork of laws is almost seemingly confusing on purpose. This is why having an experienced San Bernardino marijuana business attorney to help guide you through the process is imperative.

The suspect in the case has denied that she is a “drug lord,” insisting instead she is a landlord who leases property to marijuana grow operators. She is known to be a longtime fierce advocate in favor of legalizing marijuana for recreational purposes, and most likely became a lightning rod for the fact that she not only has championed local ballot measures to expand local marijuana markets, but also because she’s actively suing several cities over their current marijuana policies.

Meanwhile, she’s had the support of numerous high-profile politicians. When police raided her properties in late 2017, they discovered a thank-you card from the city’s mayor referencing her campaign contribution ($6,000 in 2016) as well as her “trust, support and friendship.” This was the same mayor who received a substantial campaign contribution from the CEO of High Times magazine. Both contributions were made in spite of the fact the mayor had refused publicly to indicate his position on legal marijuana sales in the city.

Pitfalls of Being a Cannabis Landlord

As San Bernardino marijuana business attorneys, we do advise property owners who rent space to cannabis businesses to consider that there are a number of legal issues they need to be mindful of before entering an agreement.

For example, recent modifications to California’s regulatory schema for cannabis businesses is that one may be considered a “financial interest holder” if they are a landlord who enters a lease agreement with a commercial cannabis company for a share of the profits. If you agree to anything more than one-fifth of the profits from your cannabis business tenant, you are going to be considered an “owner” for purposes of the cannabis license. That means you need to be certain the company is doing everything in accordance with California law and local ordinance.

Having commercial rental agreements vetted by experienced cannabis lawyers can help you avoid these kinds of pitfalls that may not be obvious at the outset.