It’s been a trying year for those involved in the medical marijuana industry in California. Federal pressure and threats of criminal prosecution have caused many businesses to shut down, while that same pressure has caused local leaders to buckle down on Orange County medical marijuana dispensaries and those statewide.

That has happened in Anaheim, where city leaders recently extended a year-long ban on medical marijuana dispensaries, The Orange County Register reports. Our Orange County medical marijuana lawyers are disappointed that local leaders have decided to ignore the will of the people, who clearly believe that this medicine is good for California. 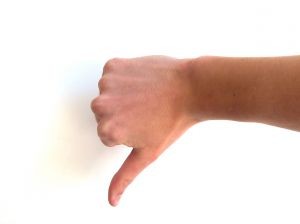 While the original vote in 1996 allowed medical marijuana cultivation, distribution and use, the 2003 law passed by lawmakers gave the industry some direction, including giving local governments more power.

That’s why Anaheim city leaders were able recently to continue a ban that was already in place. The newspaper reports, however, that this only bans new medical marijuana dispensaries and doesn’t affect businesses already in place.

At a recent council meeting, city leaders heard from several medical marijuana supporters who urged them to consider not extending the ban. But leaders listened and then, without any debate among themselves, extended the ban.

The ban has been in place since 2007, after the city’s law was challenged by patients who argued that it unfairly limited their rights guaranteed by state law. A judge ruled in August that the city’s law doesn’t conflict with either the 1996 vote or the 2003 law, but that case is now being appealed, leading officials to keep the ban in place until the court case is ruled on and settled.

Recent court cases also boosted the city’s decision to keep the ban in place. Late last year, a court of appeals ruled that cities have the legal right to ban medical marijuana dispensaries. In a different case, a court ruled that cities can’t create laws to permit and regulate businesses.

So, the court cases show that these matters are unsettled and it may still be some time before city and county leaders really have a good grasp on what to do. In the meantime, businesses are coming under scrutiny at a time when patients are forced to pay more in order to get their medication based on supply and demand. Our leaders should submit to the will of the people and not to the will of those who put on the most pressure.

Our Orange County medical marijuana lawyers are prepared to represent those involved in any area of the medical marijuana debate, whether users, distributors or cultivators. We believe that this state law is important to providing medicine for the sick and we will help those who face interference.