For years, federal authorities seeking to suppress the inter-state marijuana trade were focused on the sparsely-patrolled areas of the Sierra Nevada desert. 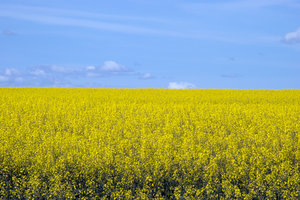 However, our Los Angeles marijuana lawyers understand that in the past handful of months, their attention has shifted to the vast farmlands of California. They now say that these areas have become a hotbed of illegal growers, protecting their crop and trade with high-caliber weapons and toxic pesticides.

Authorities recently held a news conference, in which they announced that throughout this summer in California, they have made more than 175 federal and local arrests. They’ve seized more than 100 firearms, nearly 5,000 in cash and some 400,000 marijuana plants over hundreds of thousands of acres.

Those overseeing these operations say that these were not operations that were geared toward providing medical relief to legitimate patients. These were operations with ties to Mexican drug cartels intent on founding large-scale operations.

However, it’s worth noting we can expect to see a proliferation of these operations the more federal authorities attempt to bite back against legal storefront dispensaries.

Still, the numbers from this summer’s operation don’t appear to be anything earth-shattering. Consider what authorities seized throughout the state in 2010: 5 million plants on public land. Last year, there fewer than half that were found and destroyed.

It’s no surprise that growers are honing in on California. But it’s not for the reasons these authorities think.

As they themselves mentioned, it may have little to do with the issue of legalized, medical marijuana (which has been around for the last 15 years in this state) and far more to do with California’s temperate climate. This generally lends itself to a more productive yield.

The authorities say the individuals using public land (and sometimes portions of legitimate, private farms) to carry out these operations are attracting a criminal element. They set traps and post armed guards in the fields to deter thieves and investigators alike.

Investigators gave those growing the drug on legitimate farms two weeks to clear the drug seen growing on their farms, or else risk federal seizure of their land.

We certainly won’t doubt that authorities are having issues with illegitimate growers.

But here’s what many of these authorities are overlooking: There’s another solution. By legalizing and PROPERLY regulating the growth and trade of marijuana, we could boost tax rolls and improve public safety. If federal authorities have access to operations that may be legally conducting cultivation, we reduce the risk of illegal dealers muscling their way into the market.

Certainly, there is a need to control this element, but it comes with proper regulation of dispensaries that are trying to do above-board work.