When marijuana legalization laws first began to gain traction in the U.S. (California being the first state, of course), there was considerable concern about what this would mean for road safety. After all, there is little question that driving under the influence of marijuana is unsafe. However, analysis of auto insurance premiums in states that adopted legalized medical marijuana seem to indicate a correlation between legal pot and safer roads. 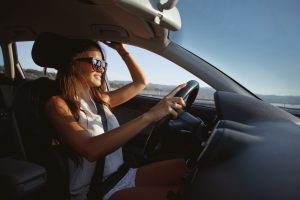 As our Los Angeles marijuana lawyers understand it, auto insurance premiums in states that adopted legal medical cannabis fell by an average of $22 annually after legalization. The research was published in the journal Health Economics, which looked at insurance premium information from 2014 to 2019. Authors of the study speculate that it may have something to do with people opting for cannabis over alcohol, thereby reducing instances of drunk driving. It’s not that driving while under the influence of cannabis is any safer, but at least anecdotally, those under the influence of cannabis are less likely to get behind the wheel in the first place, compared to those under the influence of alcohol.

While a reduction of $22 in insurance premiums over the course of a year may not seem all that significant, one must consider that amplified by each individual on the road. And if the reason for the decline is that there is link between legal cannabis and road safety that in turn leads to fewer drunk driving crashes (and associated costs), that starts to look much more significant.

The researchers determined that legalization of medical marijuana collectively results in $1.5 billion in lower auto insurance premiums. If all states were to legalize marijuana, researchers surmise, that could result in an additional $900 million in reduced premiums. The combined total impact of would be $2.4 billion less we’d all be paying for car insurance if medical marijuana was accessible across the U.S.

What’s more, given that the amount we pay for auto insurance is directly tied to how much property is damaged and how severely people are injured in crashes, the lowered premiums are indicative of safer roadways overall when medical marijuana is made legal.

Of course, as our Los Angeles marijuana lawyers are aware, this isn’t the first study to debunk the myth that legalized marijuana makes roads less safe. But what is unique about it is that it highlights car insurance trends. Most previous analysis focused on the correlation between road safety based on traffic deaths and state marijuana reforms. But the latter type of study overlooks the fact that traffic deaths only account for a small number of overall traffic crashes (only about .5 percent). Insurance premiums, however, provide us with a more complete picture of how marijuana laws impact actual day-to-day safety on our roads.

The key takeaway, according to the co-author of the study, was that even though driving high is very dangerous, medical cannabis makes roads safer by reducing the prevalence of drunk driving. Beyond the substitution effect theory, analysis shows that people who use cannabis in place of other drugs are more likely to either stay home or go to house parties, rather than gather at bars that will require them to drive home after a certain point.

Another analysis found that states with legalized marijuana also actually have fewer instances of people driving under the influence of THC than in states where marijuana criminalization has remained intact.