The California marijuana industry and those who advocate on its behalf have fought tooth and nail for every inch of its legitimacy. Now, our Los Angeles marijuana lawyers know we may be facing the biggest hurdle yet: Getting legal buyers in the door. 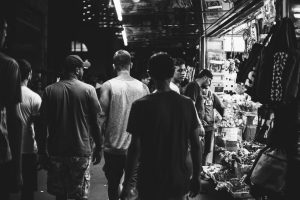 The New York Times recently reported anticipated tax revenue drawn in by the California legal pot market were disappointing. Although the industry generated more than $2.5 billion last year, the state still overshot its anticipated take by more than $100 million. Even worse – that figure was half a billion less than sales in 2017 – when recreational marijuana wasn’t even legal in California yet.

It’s not that pot shops don’t want to pay the piper. The problem is that at rates that high ($150 per pound on cultivators and 15 percent by recreational retail buyers) it creates incentive for consumers to buy their buds from elsewhere. It also doesn’t help that the regulatory requirements laid out by the Bureau of Cannabis Control require extensive testing of products, which also costs a pretty penny. This two combined are taking a financial toll that has meant that buyers of recreational marijuana are paying significantly more for legal cannabis – and most would rather not if there is an alternative.

It seems getting people to overwhelmingly agree to allow legal marijuana was the easy part. Convincing them to pay more to buy it legally is turning out to be a harder sell.

Los Angeles marijuana business lawyers know that this contrasts with how sales played out in Washington and Colorado after the plant became legal. In both those states, sales shot up after legalization. California has a few key differences though, one of the biggest being: It has a big surplus. Our surplus is 13 times the total annual production of marijuana for the entire state of Colorado. We are generating more cannabis than what buyers can consume, according to economists. We can thank the underground cannabis market for that, but it’s been around a long time – and it’s always been fairly robust. State regulators went wrong in thinking they could jump right in and assert a strict-rule, high-tax burden on a legal industry where consumers had plenty of other choices, even if they were a little riskier.

A lot of that product gets smuggled east too, particularly into states on the other side of the Mississippi River, where wholesale pricing is approximately triple what it is here.

But this surplus was not a surprise to anyone  who was paying attention even before the vote, many who warned legislators the surplus was going to be problematic and it was going to take years to tackle – which is precisely why the state shouldn’t jack up the taxes to an obscene level off the bat. That has pushed some businesses to the brink of bankruptcy.

Now, we have more “scofflaws” than ever since as of Jan. 9th, the old medical cannabis cooperative system – the one that existed for 20 years under the old (and much more loosely-regulated) medical marijuana law – became illegal.

This coincides with something else that was promised when the measure first passed: That small companies and farmers would be given the advantage. This wouldn’t turn into another tobacco industry. Excess regulations tend to carve out advantages for bigger companies that can afford to foot the bill.

Now for the Hard Part: Getting Californians to Buy Legal Weed, Jan. 2, 2019, By Thomas Fuller, The New York Times