Scores of medical marijuana advocates took to Oakland streets recently, just prior to a fundraiser there for President Barack Obama, urging him to halt the ongoing federal action against pot shops across the state. 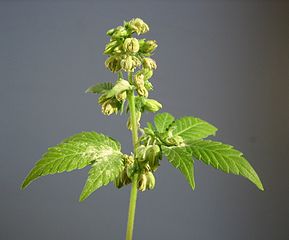 Our Los Angeles medical marijuana lawyers anticipate this is only the beginning of what promises to be a tumultuous time in our state history, given the questions this crackdown raises about patient rights and state rights, as well as the legal limbo in which many marijuana dispensaries find themselves.

The Oakland rally followed a forfeiture action against Harborside Health Center, which was touted as the country’s biggest marijuana dispensary and one that had garnered a great deal of praise for the way in which it conducted business. The dispensary was forced to close.

This followed the raid on several other dispensaries there that were operated by well-known marijuana activist Richard Lee. His operations, like Harborside, were not only allowed under local law, they were appropriately taxed and supported by local officials.

Despite promises by both Attorney General Eric Holder and President Obama that they wouldn’t meddle with dispensaries that were abiding by state law, federal prosecutors have continued their assault.

The stakes are high for Obama in particular, as this is an election year, though few advocates believe they would have much chance of gaining ground if Republican Mitt Romney were elected either.

It’s widely known by now that last October, federal prosecutors announced they were going after those dispensaries that were within 1,000 feet of schools or that were profiting from their sales against state law.

But it hasn’t unfolded that way.

With regard to Harborside, prosecutors said that size was a key factor, and that no operation that large could be serving as many legitimate patients as it was. However, they offered no proof that they had found evidence to the contrary, and there’s nothing in California law that limits the size of a marijuana dispensary.

What’s more, this was an operation that was paying more than $1 million each year in taxes to the city. Consider too that dispensaries across the state fork over between $60 million and $105 million annually. With a number of municipal governments contemplating or having already filed bankruptcy, this is not chump change.

The recent protests in Oakland were planned just ahead of an evening appearance by Obama at a local theater, where people had paid up to $7,500 a ticket to attend.

We’ll be expecting many more such demonstrations in the coming months, particularly in advance of the November election.