Some locations call them, “budtenders.” Others refer to them as “patient liaisons” or “compassion care technicians” or “dispensary agents.” Although there is no single formal title or degree, these individuals are responsible for working behind the counters of California’s marijuana dispensaries. 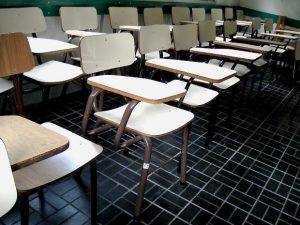 Our L.A. marijuana dispensary attorneys are often asked about the required training for those in these roles. Although there is no legal requirement or state-approved course that budtenders have to pass, it can be a smart move for a business to seek advanced education for their dispensary workers. A new study published in the journal Cannabis and Cannabinoid Research revealed 55 percent of dispensary staff (medical and non-medical) had some type of formal training for their position. Twenty percent had some form of medical or scientific training. Meanwhile, approximately 94 percent reported they provide specific cannabis advice to patients. Many of these patients are seeking advice on specific strains that can help them with a variety of ailments, form post-traumatic stress disorder to chronic pain to seizures. It helps if the staff knows what they are selling, not just from a customer service standpoint but potentially from a liability standpoint.

California was the first state to allow medicinal marijuana and recently joined a growing number of states that now allow recreational marijuana (though detailed regulations are still being ironed out). On Jan. 1st, 2018, a bill signed by Gov. Jerry Brown will go into effect that has a number of requirements that could make training even more valuable. Among those requirements include tracing requirements, record-keeping, streamlined systems for transportation, quality assurance testing standards and robust labeling/ packaging/ product handling and security.

This is going to be especially important because as the aforementioned study notes, with most dispensary staffers giving advice and recommendations to patients, there have been documented instances wherein the advice given is not only ineffective, but could actually result in causing a patient’s condition to worsen, something one of the study authors called, “appalling.”

Still, it’s not all that surprising, given that there are no standard guidelines for dispensaries to follow. Medical marijuana dispensaries and recreational marijuana dispensaries have no clear operating guides to follow. Federal authorities haven’t stepped into fill this void because the drug remains a Schedule I narcotic, meaning it’s illegal under federal law and has no recognized medicinal purpose – even though it clearly does have great value and has proven to be less addictive and less dangerous than alcohol. Establishing training guidelines, study authors say, should be considered a matter of urgent national priority.

It’s unclear, though, whether the movement will gain any steam under the new president. Donald Trump’s pick to lead the Department of Justice is Sen. Jeff Sessions, who as recently as April alleged that those who use marijuana are “not good people.” It’s still uncertain at this point what his drug policy in that role would be, though we don’t anticipate any major shift away from the Schedule I listing.

The CannabisReporter lists a number of programs that may help hopeful budtenders in furthering their knowledge base. Each has varying costs, locations and specialties. If you have legal concerns about the training of your dispensary staff, our marijuana lawyers can help.