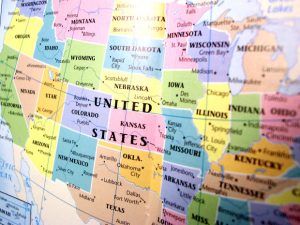 The STATES Act
For a differing approach, a number of Republican committee members suggest the committee should instead move ahead with the Strengthening the Tenth Amendment Through Entrusting States Act (STATES Act). The STATES Act, which aims to provide state-legal marijuana initiatives with comprehensive protection from federal meddling, has amassed some serious Republican committee member support, mostly because they feel it enjoys greater bipartisan support throughout the Senate. Even though, the Republican lawmakers’ effort to see the STATES Act added, were rejected by the committee.

Reasoning behind this rejection stems from the fact that legalizing cannabis use nationally, by striking it from the federal Controlled Substances Act, in some respects only does part of the job. The MORE Act, meanwhile, would also legalize marijuana use nationally, plus allocate states the power to determine just how their commercial cannabis industry should be regulated.

It does appear that the MORE Act is the most complete bill to reach this stage, but that doesn’t mean it’s the only bill worth pressing for. In fact, there is merit in supporting efforts aimed at pushing the STATES Act forward as well. Particularly when considering the marijuana banking reform, which enjoyed strong bipartisan support, also recently passed the full House.

Legal Implications
The national legalization of marijuana would certainly open the gates for California-based cannabis businesses to enjoy a much broader business footprint, one that essentially could span the country. In particular, making marijuana use legal at the federal level would free up existing limitations business owners face with regard to transporting, distributing and selling cannabis products, either through or in states that are yet to legally permit the use of marijuana.

The MORE Act in particular, which is predominantly focused on criminal and social justice, would establish a law that requires cannabis customers and business operators to be treated fairly. It would also strengthen efforts made to encourage a more diverse marijuana business industry, which is increasingly becoming controlled by mostly white, wealthy men. Either way, it is time to legalize marijuana federally.