Remember not long ago when the City of Los Angeles was sending out letters to 1,700 medical marijuana dispensaries, ordering them to shut down in compliance with the recently-enacted ban? 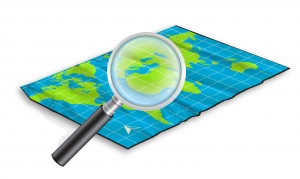 The city knew that about 600 of those letters may have been duplicates or addresses of now-defunct shops.

But as Los Angeles marijuana lawyers have since learned, the actual number of shops is much, much lower.

In fact, the majority of the estimated 1,046 that the city had said were operating throughout the city at the time do not exist.

According to a study by the University of California in Los Angeles’ Luskin School of Public Affairs, only 472 of those locations were operational as of Sept. 4. The other 574 had either closed down or were never up and running.

Why does this matter?

Now we learn that not only were those claims exaggerated – they were grossly exaggerated.

As voters are set to determine in March whether to repeal the dispensary ban, they need to be basing their decisions on actual truths – not hyped political rhetoric.

Researchers with the university set out to sift through the facts.

What they found, first of all, was that the city’s original numbers appeared knowingly inflated from the start. While they were claiming nearly 1,100 were in operation, the city’s finance list only reflected 875 unique locations. Of those, less than 765 were actually registered with the city.

The analysts took these lists from the city and personally visited each listed site within a matter of three weeks.

What they found was that the majority were not in business. Some had previously been dispensaries, but were no more. A large number had never even been dispensaries in the first place. Instead, researchers discovered that a number of the listed businesses had been other businesses for decades or were actually post office boxes.

Researchers spoke with the business owner at one of the listed addresses and told them that he had registered with the city, and he had planned to open a dispensary, but was only going to do so if he obtained a permit through the city’s permit lottery. However, as we now know, that never happened because the process was deemed illegal so it was never carried out.

In another case, there was one location listed five times, under five different names, on the city’s finance list.

While the city had claimed that a 2010 effort to ban most dispensaries caused the number to explode to more than 1,000, that actually never happened.

The reality is, researchers said, the number of medical marijuana shops is about equal to the number of bars in the city, and accounts for about 20 percent of the off-premise outlets that sell alcohol.

What all of this ultimately shows us is that the city’s argument that regulation efforts only seem to contribute to a growth in dispensaries is weak.

And at the end of the day, it’s also clear that the city hyped up the numbers to gain support for the ban – which may ultimately be deemed unconstitutional per state law anyway. But still.

The National Institute of Drug Abuse, who funded this study, had also earlier found no link between the density of medical marijuana dispensaries and the rate of crime.