It’s being called a blatant abuse of power that robs Americans of their fundamental rights under the Constitution, and it’s being carried out by the U.S. Drug Enforcement Administration, in collaboration with the National Security Administration and the Central Intelligence Agency, according to an exclusive report by Reuters. 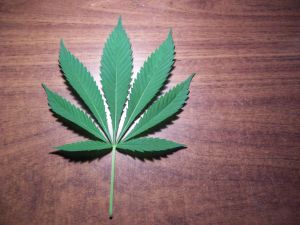 Our Los Angeles marijuana defense lawyers understand that records obtained by the news agency reveals that a secretive DEA unit has been feeding information from intelligence wiretaps, informants and huge telephone record database to state and local authorities nationwide. The reason? To help them launch criminal investigations on American citizens.

These cases very rarely involve issues of national security, which is the reason why the NSA has insisted is the reason behind the broad scope of information and intelligence it collects. So how would officials get away with this for so long?

Apparently, according to Reuters, law enforcement agencies have been instructed on how to conceal the true origins of their investigations. The information is kept from defense lawyers, prosecutors and judges.

This is critical because the origins of a criminal investigation can have a huge impact in terms of whether the information collected was legal. Per the fruit of the poisonous tree legal doctrine, if authorities use an improper basis on which to launch an investigation or search, whatever they find subsequently should be inadmissible in court.

Reuters reports undated documents reveal how federal authorities have been trained to “recreate” an investigative trail. Of course, this is a clear violation of a defendant’s right to a fair trial. If a defense lawyer doesn’t know the truth about how an investigation began, there is now way to know that they should ask for a review of certain sources, which could reveal mistakes, biased witnesses or even entrapment.

This revelation is seemingly much more troubling than the recent disclosure that the NSA had been culling massive amounts of domestic phone records. This effort appears to be specifically geared toward targeting DEA suspects, primarily suspected drug dealers.

As one Harvard Law professor was quoted as saying, it’s one thing to establish a special set of rules for the purposes of protecting national security. It’s another thing entirely when we start making up special rules for everyday crimes – particularly when these instances involve the failed “War on Drugs.”

The fact that this information has come to light could affect hundreds if not thousands of criminal drug cases across the country. The executive director of the Drug Policy Alliance was quoted as saying that this may only be the tip of the iceberg.

This is not the first time in recent memory that the DEA has come under fire. Just to provide some recent examples:

In the wake of all of this, the Drug Policy Alliance is calling for Congress to conduct a sweeping review of the DEA’s policies, procedures and tactics.

Were talking about an agency that has a $2 billion budget, has enormous power over the lives and liberties of every-day citizens. Yet, the amount of oversight is miniscule.