The California Supreme Court issued a ruling stating that absent a warrant, the smell of marijuana alone is not sufficient evidence for police to conduct a search of personal property, such as a mailed package. 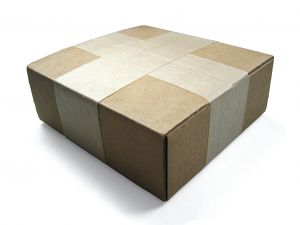 Our Los Angeles marijuana lawyers had carefully watched the developments of the case, Robey v. S.C., pleased that the court ultimately struck down the prosecution’s assertion that the “plain sight test” extended to a “plain smell test.”

The ruling came just months after the U.S. Supreme Court issued a 5-4 ruling in Florida v. Jardines that use of a drug-sniffing dog in front of a person’s residence without a warrant was unconstitutional, violating the suspect’s Fourth Amendment protections.

In the case of Robey, the case stemmed from an arrest of a man in Santa Barbara County. He was charged with sale or transportation of marijuana and possession of marijuana for sale, after police seized a package from a private shipping company and subsequently discovered marijuana inside. An employee of the shipping company had contacted police after smelling the substance. Investigating officers reported detecting a strong odor of marijuana and, on that basis, conducted a search of the package, ultimately uncovering the contents.

Initially, the superior court had denied the defense’s motion to suppress the evidence found inside the package, relying on the theories of exigent or urgent circumstances and inevitable discovery. However, that decision was later appealed to the Court of Appeal, which granted the defense petition and ordered the evidence suppressed. This would have effectively killed the case because without the evidence discovered in the search, the prosecution had no case.

As such, the Santa Barbara District Attorney’s office sought review from the California Supreme Court with two basic questions:

On the first issue, the court found that yes, it’s possible that the exigent circumstances of the package’s mobility might be enough to justify a warrantless seizure of a package, but not a search. With regard to the search on the basis of the plain smell test, the court ruled that technically, the prosecutor couldn’t use this as a justification because it had never been raised in court as a specific opposition to the defense motion to suppress. As such, the high court directed the defense’s motion to suppress should be granted, which means the case will in all likelihood be dropped.

The defendant had never argued that the police didn’t have a right to seize the package, but the bigger issue was whether law enforcement had the right to search it without a warrant. The court noted that other courts in the country had come to mixed conclusions about this as well. It’s complicated by the fact that the “plain sight test” has been well-established. If the officer’s view illegal objects in plain sight, they have the right to conduct a search and seizure.

However, the U.S. Supreme Court has yet to take on this issue of a “plain smell test.” As such, the California Supreme Court justices reached their own conclusion, which is that the smell of the drug alone is not enough to justify a search of a package. Police must have a warrant.